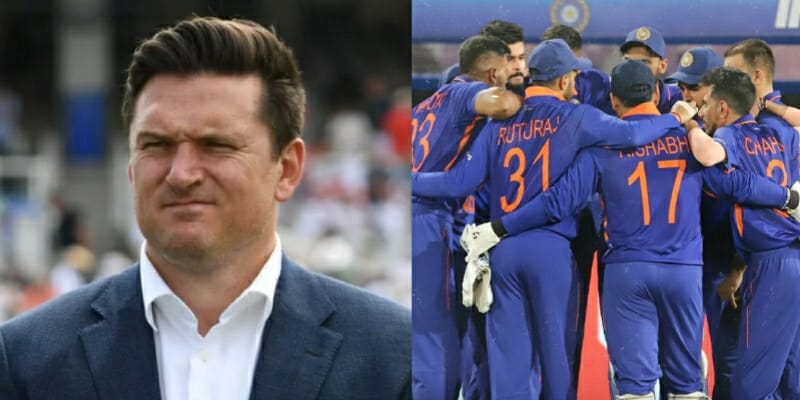 The T20I series between India and South Africa ended as a draw (2-2) since the decider match at Chinnaswamy Stadium was washed out due to rain. India fought back from losing the opening 2 matches of the series.

In 3rd and 4th T20I, India beat the South Africans comfortably to nicely set up the decider match at Bengaluru which was washed out. Bhuvneshwar Kumar was adjudged Player of the Series for his fantastic bowling with the new ball.

Ishan Kishan was the best performer with the bat for India scoring nearly 200 runs in the series. But India is still looking for the perfect combination of the team for the T20 World cup in Australia later this year.

When Graeme Smith was asked about his combination for the Indian team he said with still many matches to play it’s very hard to pick the players. But for sure Hardik Pandya and Dinesh Karthik will be on that flight to Australia.

He said, “ There is still a lot of cricket to be played, so it’s tough to predict what will happen in the coming months, but you’ll believe Hardik and DK are key members of that side”.

He also said Dinesh Karthik will perfectly play as a finisher role for team India and Hardik Pandya provides the X-factor the team needs. With Jadeja coming back this team will be unstoppable, he said.

It looks like every team in the upcoming World Cup will be tough to beat so taking the inform players into the Indian squad might help them. Every Indian fan wants Virat Kohli to fire in all cylinders and Captain Rohit Sharma to support him.

Both Rohit and Virat look unsettled in the recently concluded IPL 2022. India will take on Pakistan in their first league match of the World Cup. Winner of this match mostly get to qualify for the Semi Finals.