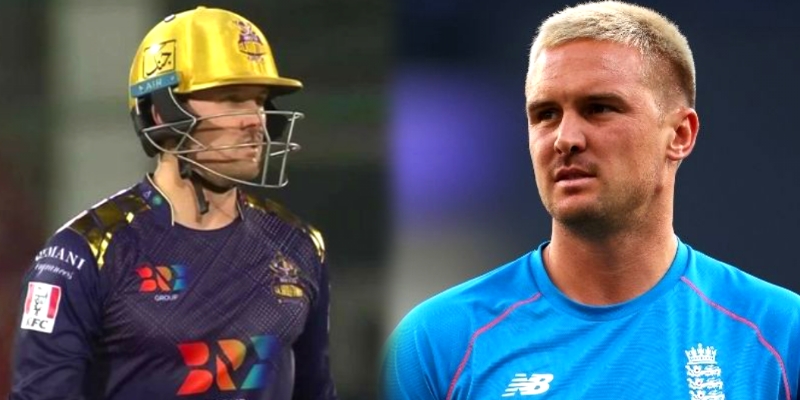 England cricket team star opening batsman Jason Roy revealed that playing in the Pakistan Super League (PSL) 2022 was not mentally all right for him due to the COVID-19 protocol.

Jason Roy represented the Quetta Gladiators in the Pakistan Super League (PSL) 2022 season, scoring a whirlwind Hundred in his first match of the season. He scored a total of 303 runs in 6 inning with an average of over 50.

However, the Gladiators still did not had a good season, finishing 2nd last in the Pakistan Super League 2022 Points Table with only 4 wins from their 10 matches.

After his PSL stint, Roy was supposed to play for the Gujarat Titans in the IPL 2022, but with few days before the tournament commences, he informed that he is pulling out of the competition due to bio-bubble fatigue.

The English batsman did not play any competitive cricket for about almost 2 months and returned to action in the T20 Blast and in the series against Netherlands. After his impressive performance in the 2nd ODI against the Dutch, Roy told Sky Sports about his PSL stint.

Jason told Sky Sports that PSL stint was not mentally right for him and even though he was playing cricket, he didn’t enjoy playing and termed it as dark times. “Things mentally weren’t right with me at the PSL,” said Roy. “I was in a weird place because I was playing good cricket but I wasn’t enjoying myself, I wasn’t happy and it was just a dark time,” he further added.

He also discussed about his decision to skip the IPL this time around. Roy was picked by the newly formed Gujarat Titans for the IPL 2022, but, in the last moment, he decided to skip it.

He told Sky Sports that he skipped the IPL to spend some times with at home and refresh his mind after the PSL stint.