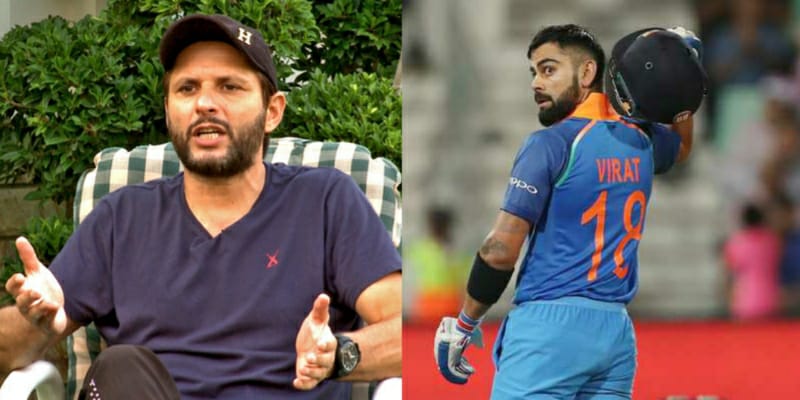 Virat Kohli, largely considered the best batsman of his time, has come under fire for his inability to score huge runs and win games with the bat. Shahid Afridi, a former Pakistan cricketer who has also faced Kohli, has questioned the ex-India captain’s mentality. Afridi inquired if he was genuinely interested in succeeding or if he was simply passing the time.

Afridi said that “the most important factor in cricket is mindset. That’s what I’m most passionate about. Do you have a positive attitude regarding cricket?” He asked if Kohli is still playing cricket with the same motivation as he had earlier in his career or if he thinks he has done everything in his career.

Kohli was rested for the home series against South Africa to prepare for the crucial trip of England, following a two-month IPL for Royal Challengers Bangalore in which he scored 341 runs with two half-centuries. Several senior cricketers, notably former India coach Ravi Shastri, suggested that Kohli take a vacation to refresh during the IPL, and the batter accepted the concept, stating it is something he may explore.

He said the former Indian team coach Ravi Shastri has suggested to him to take a break and refresh and that he might consider that since Ravi Shastri has seen him from close quarters and knows about his game very well.

Kohli has not only failed to score an international century since 2020, but his fifties have also dried up, which hasn’t helped him. His performance in the IPL was also below his usual level. He only had two fifties and three golden ducks in recent times.

As the T20 World Cup is getting close, Indian fans are expecting Virat Kohli to come back and perform well and lead India to a T20 World Cup glory with the bat.