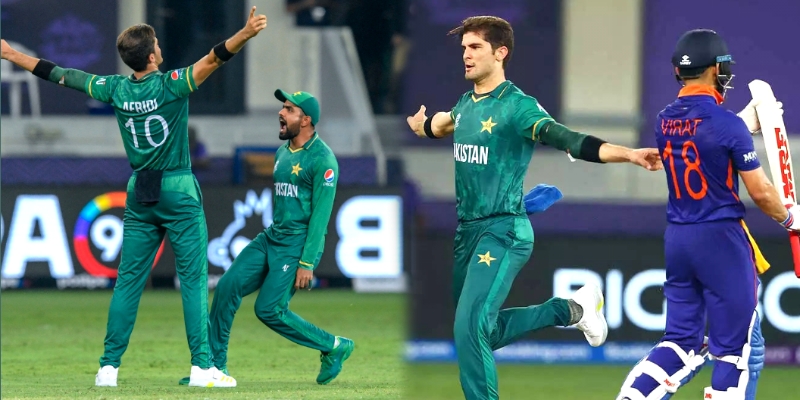 In batting department, batsmen like Babar Azam, Imam-ul-Haq are performing tremendously well, while on the other hand Shaheen Afridi is making his best identity in world cricket by troubling the batsmen around the world in any part of the world.

The Babar Azam led side also performed really well in the T20 World Cup last year and reaching the semi-finals of the competition. In their road to the semi-finals, they also crunched their arch-rival India in the group stage by a massive margin of 10 wickets. In the match, Shaheen Afridi had bowled excellently, while Babar and Mohammad Rizwan were untouchable with the bat.

On the other hand, Babar Azam is currently in his best form and is setting big records in the cricket world. As a result of which, many people are also comparing Babar Azam with Virat Kohli, but from the right perspective, Babar is still far behind in many records of Virat Kohli.

When Pakistan’s leading pace bowler Shaheen Afridi was asked that if he had to choose between Virat Kohli and Babar Azam, who would he choose? Since both are excellent players, thus, it was never to be a easy question. Shaheen Afridi gave an equally interesting answer to the question.

The Pakistan cricket team’s leading pace bowler did not side with any one of them and said that he would choose both the players if given the opportunity.

“A lot of people raised questions” – Hardik Pandya opens up on his hard earn comeback into the Indian team
Here’s why Quinton de Kock is missing from 2nd T20I vs India; South Africa captain Temba Bavuma confirms
To Top