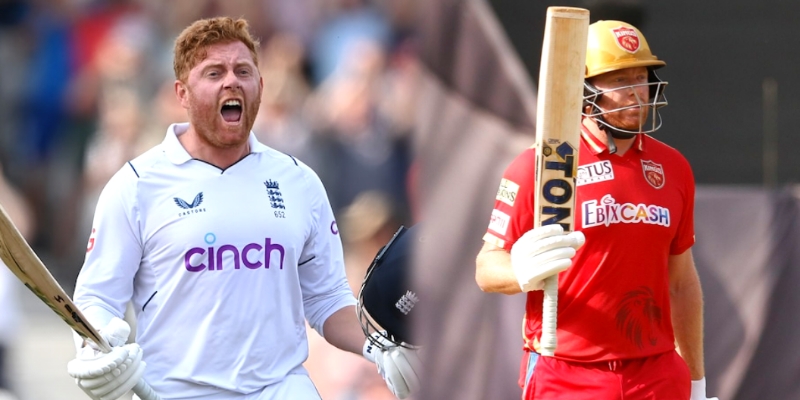 England registered an incredible victory in the second Test of the series against New Zealand, in what likely a match that they had lost going into the tea break. With this win, the English team took an unassailable 2-0 lead in the three-match series.

Jonny Bairstow was the hero of this run chase for England, who scored 136 runs in 92 balls. He was well supported by captain Ben Stokes, who scored an unbeaten 75 off 70 balls. After the win, Bairstow spoke about his decision to leave the County Championship for the IPL, emphasizing that it was only because of the IPL that he was able to do so.

Jonny Bairstow was quoted as saying by The Guardian that many people had suggested him to not play in the IPL and instead should play County Cricket. He further added that in the IPL, one plays with the best of the world.

“There was a lot of people that were saying I should not be at the IPL and I should be playing county cricket. There are elements to it where you are playing against the best in the world at the IPL. Being able to have those gears, to be able to go and switch them up, switch them down, is important,” said the English batter.

For those not aware, Jonny Bairstow featured for the Punjab Kings in the Indian Premier League (IPL) 2022 season, playing 11 matches and scored 253 runs with a strike rate of 144.

The new era for the England Test team has got off to a great start the new leadership of Head Coach Brendon McCullum and new Test captain Ben Stokes, winning both the opening first 2 matches of the series. The third match of the series will just be a formality, but New Zealand will playing to ensure there is no white-wash. The match will be played from the 23rd June till 27th June.