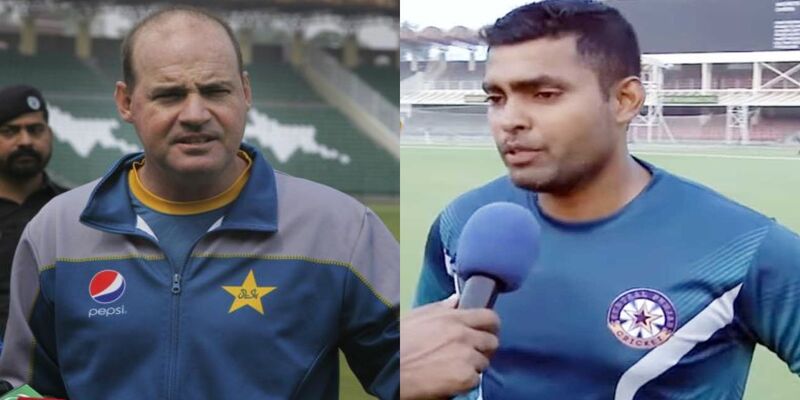 Umar Akmal has now accused his former head coach, Mickey Arthur, and bowling coach Waqar Younis, for destroying his career. In a media interaction, the wicket-keeper batsman said that Arthur had some personal issues with him and the management never favored him. Notably, the former head coach also accepted that he had a harsh relationship with Umar.

He further said that he had always been ignored. The 32-year-old also requested former Pakistan PM Imran Khan, who discussed with Waqar Yunis about his batting position. However, it never worked out. He said, “I am among those rare cricketers of Pakistan who have been ignored at every turn.”

However, this controversial statement didn’t go well with Arthur. The former head coach hits back at the batter. A Pakistani journalist, Aalia Rasheed, posted Umar’s statement to her official Twitter account. Arthur retweeted it with “Take a look in the mirror Umar!!”

Take a look in the mirror Umar!! https://t.co/VvZKio0WpP

Notably, the former head coach had quite an uproarious relationship with both the Akmal brothers. In 2017, during a press conference, Umar Akmal said that Arthur used abusive words and insulted him. He also revealed that he was told to go and play club cricket. But later, Arthur denied all those clams.

“Rahul Dravid is there in the dressing room”- Former Pakistani skipper on why India can’t lose at home
Shahid Afridi questions Virat Kohli’s attitude, asks “Does he think he has achieved everything”
To Top