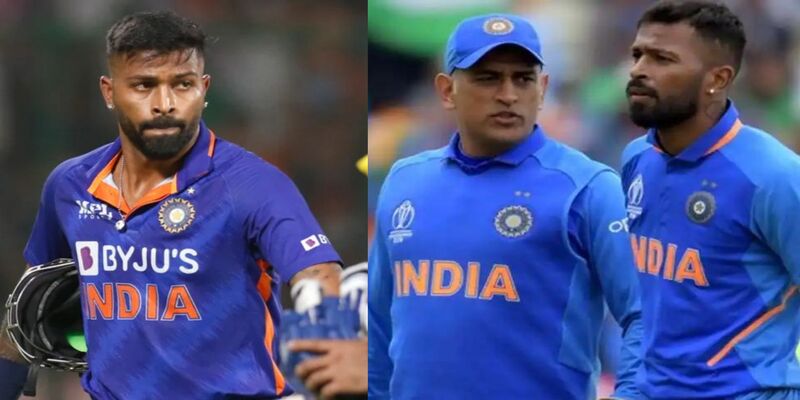 The Men in Blue made an incredible comeback after trailing the series 2-0 in the first two T20Is. The home team won the next two matches in grand fashion. On Friday, they registered their biggest win against South Africa in Rajkot, beating them by 82 runs. The result showed that it was an easy win for Rishabh Pant and his team. But that was not the actual scene when India batted in the first innings.

India lost their top order for just 81 runs in 12.5, which looked at one stage like they might get bundled out early. But a match-turning partnership between Dinesh Karthik and Hardik Pandya shifted the momentum to their side going into the break. Both batters added 65 runs off 33 balls for the fifth wicket. DK scored 55 off 27 and Hardik made 46 off 31 runs.

The hosts scored 75 runs in their last five overs to post a competitive total of 169 runs. Speaking of the performance of the all-rounder, who is also handling the job of the team’s vice-captain, he played a mature innings. However, after the match, he revealed a lesson from the former Indian skipper, MS Dhoni, that has changed his life.

He said that he always looks to play according to the situation. The all-rounder added that one thing he wants to get better at is contributing more to the team’s success and doing the job for India what he did for Gujarat Titans in the IPL. He also disclosed the lesson he received from MSD.

Hardik Pandya said, “And he gave me a very simple advice. It was like, ‘Stop thinking about what is your score, start thinking what your team requires.’ That lesson has stuck to my mind and kind of helped me become the player which I have become.”

The all-rounder concluded that this is what he does when there is a pressure situation. Speaking of the match, the veteran wicket-keeper batsman scored his maiden T20I fifty and became the oldest Indian player to reach the 50-run mark. While Avesh Khan, who went wicket-less in the first three games, picked up four wickets.

The pacer ended with a match figure of 4/18. Now the equation is 2-2 with the final match to take place on Sunday. Both teams will look to win that in terms of winning the series.