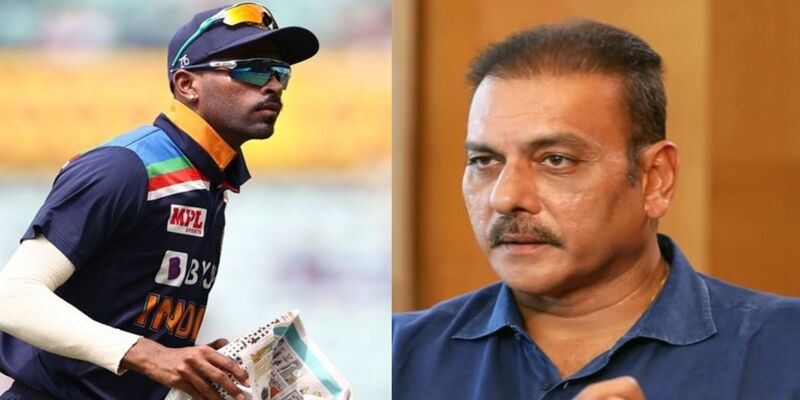 The Indian team will be playing a five-match T20I series against South Africa that will start on June 9. The likes of Virat Kohli, Rohit Sharma, Jasprit Bumrah and Mohammed Shami have been given rest. KL Rahul will lead the team, and Rishabh Pant is the vice-captain. This is a good opportunity to test the players that have done well in the TATA IPL 2022. A few players are also making a comeback for the team. Hardik Pandya is one such player that will play for India after the last T20I World Cup in the UAE.

After his staggering performance in the IPL and leading his team to glory, the 28-year-old will be eager to replicate his performance for India as well.However, the biggest concern is that he is an injury prone and the number of games India will play, so can he remain fit for the upcoming World Cup?

Former Indian head coach, Ravi Shastri, believes that the management should not risk him playing in every game. He said that Hardik has done really well in the T20Is and India should stick with him in that format only before the World Cup.

Notably, the all-rounder has not played ODI cricket since the India tour of Sri Lanka in July last year. In a discussion on the Star Sports show Game Plan, the former head coach said that Hardik does the job of two players. If he is playing as a batsman, he can bat in the top four or five. But if he plays as an all-rounder, he can bat at 5, 6, or anywhere and can also bowl 2-3 overs in the game.

Shastri also highlighted the benefit of his bowling for the Indian team. He said it makes a huge difference because it can shift the balance in India’s favor. The 60-year-old said, “Hardik is a much better cricketer when he does both. So you want to see him fit by the World Cup, good signs in the IPL.”

The former head coach concluded that the all-rounder could bat in the top four if any player gets injured. He added, “He has got the ability and the mind space to read the game in that position. So I think Hardik Pandya becomes a key player now.”