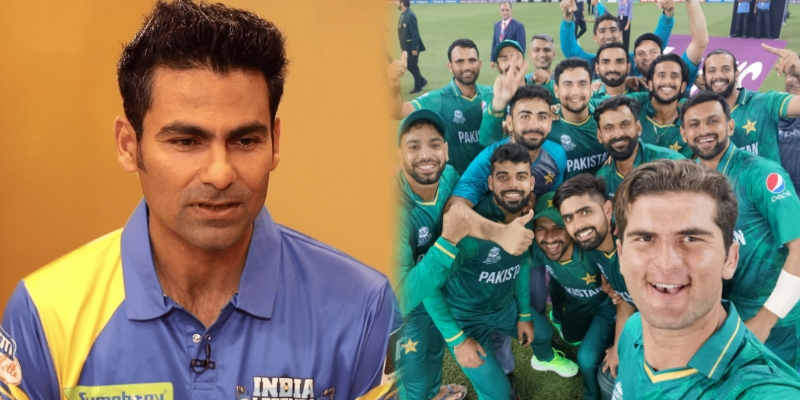 Former Indian cricketer Mohammad Kaif has heaped on Pakistani duo, and proclaimed them as the stars of the Pakistan national cricket team, who always gets the spotlight.

The Pakistan cricket is going on the right way, making all the right progress. They have the option such as Babar Azam, Mohammad Rizwan or even pacers like Shaheen Afridi and Haris Rauf under the umbrella.

Previously, Pakistan have had some of the great legends of the game, whether you talk about Wasim Akram, Shoaib Akhtar, Saqlain Mushtaq, Javed Miandad to name a few. However, the current generation is bossed by the likes of Babar Azam, Mohammad Rizwan to name a few.

“Pakistan cricket has got real talent, Babar Azam is there, I like Shaheen Afridi, he has been doing good,” said Kaif.

Talking about the duo, Babar Azam is Pakistan’s all format captain and has scored more than 9000 runs in all formats when he is still 27 years old and is destined for big things. As for Shaheen Afridi, the left-arm pacer is Pakistan’s lead bowler, and has picked-up 95 wickets in 24 Test matches and close to 200 wickets in all format, all just at the age of 22-years-old.

As for the Pakistan cricket team, they will take on the mighty West Indies cricket team in the upcoming 3 match ODI series, which is also a continuation of last year’s series between the sides, which had to be halted mid-way.

“Shouldn’t take the risk of making him play ODI cricket” -Ravi Shastri suggests Hardik Pandya should play only T20Is till the World Cup
“Hopefully, I will be able to generate more pace” – Shaheen Afridi reveals how he plans to improve his pace bowling
To Top