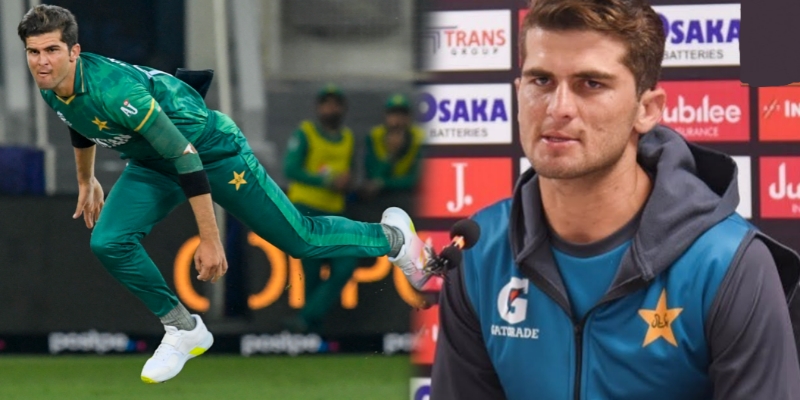 The pace with which Umran Malik and Lockie Ferguson bowled in the recently concluded Indian Premier League (IPL) 2022 season, is being discussed everywhere around the world among the cricket fans, experts and even players.

Umran Malik, belonging from Jammu and Kashmir in India, bowled consistently well in the IPL 2022 while playing for the Sunrisers Hyderabad. Apart from him, Lockie Ferguson displayed his pure pace with the ball.

Meanwhile, when Pakistan’s fast bowler Shaheen Afridi was questioned about the speed of both the bowlers, he had some strange answers. Afridi said that nothing happens with speed and that when he gets better fitness-wise, his speed will also increase.

In a conversation with the media, a journalist questioned Shaheen Afridi about his own pace considering the pace of Umran Malik and Lockie Ferguson. To this, Shaheen had a such a reply as if he was annoyed with the pace of both the fast bowlers. Afridi said to the press that speed doesn’t matter, what matters most is the line, length and swing.

He said that in the absence of these three things, one cannot trouble the batsman. Regarding himself, he said that when he is constantly working on his fitness and with fitness, he believes that the speed will also increase.

“I try to focus on my fitness so that my pace can also increase. Hopefully, I will be able to generate more pace and my line and length will also get better,” said Shaheen.

The next assignment of Pakistan cricket team is up against West Indies in the ODI series to be played at home. Last year the West Indies team abandoned the series due to COVID-19 related issues and now be resumed from June the 8th.

Talking more of Umran Malik, the right-arm pacer consistently bowled at a speed of 150 kilometers per hour in the IPL 2022. He took a total of 22 wickets in IPL this season, which also includes five wickets in an innings once. After such excellent performance, he has been included in the Indian T20 team against South Africa. His performance and pace is going to be worth watching in the days to come.