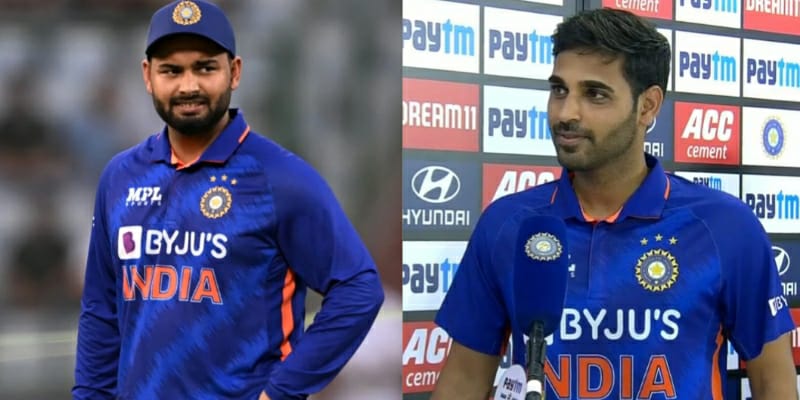 Bhuvneshwar Kumar’s good Indian Premier League form continued in India’s T20 series against South Africa, where he took six wickets in four appearances. Bhuvneshwar Kumar was named man of the series for his ability to take early wickets and then return to deliver frugal stints at the end of the game.

Following his hernia surgery, Bhuvi was one of the most hotly debated bowlers in the Indian bowling lineup, with many questioning his place in the team. But in the IPL, he silenced his doubters and continued his strong form against South Africa. Kumar was India’s most consistent bowler in the series, taking six wickets at an economy rate of 6.07.

Bhuvi said, “It’s always a proud moment when you receive Man of the Series, and as a bowler in T20, it’s even better.” Whether it’s bowling or fitness, I’m always working on getting stronger. He also said that his role was very clear in the team to bowl two overs in the powerplay and two overs at the death.

He said, “I’ve been lucky that the captain has given me the full hand and said do what you want”. He said he’s blessed to have a captain like Rishabh Pant. Many critics have come on Rishabh Pant’s captaincy but it was good to hear from a senior player like Bhuvneshwar Kumar.

With this strong performance with the ball from Bhuvi he might get to pair up with Jasprit Bumrah in the World cup. But taking the conditions into account Mohammad Shami may get to play with Jasprit Bumrah. Harshal Patel may get the spot of playing as a third seamer. With his slower balls he might be very deceptive. After the series against South Africa, the Indian team will leave for Ireland for a couple of T20I’s. Hardik Pandya will lead the Indian team in the absence of Rohit Sharma.

“Time to open with Chahal and Shami, Kohli and Rohit should bowl in powerplay” – Twitterati mocks Pakistan fans as they are dependent on India winning against South Africa to make it to semi-finals

Watch: Ravi Ashwin warns David Miller of Mankading, now a official run out in an all important match vs South Africa

“What did KL Rahul do that he needs rest” – Twitter reacts as Virat Kohli, Rohit Sharma and KL Rahul rested for the upcoming T20I series against New Zealand after World Cup