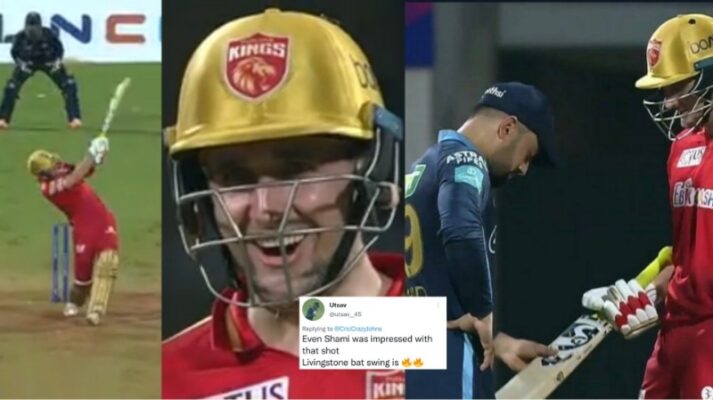 The 48th match of IPL 2022 is in the history books now, with the Punjab Kings becoming the second team in IPL history to defeat the Gujarat Titans. A comprehensive performance from the batters and the bowlers helped the Punjab Kings return to winning ways. Liam Livingstone stole the show in the end with some massive sixes.

The Gujarat Titans won the toss and elected to bat first. However, the decision did not go in their favor as they lost wickets at regular intervals. 20-year-old uncapped batter Sai Sudharsan held one end till the end of the innings and scored 65 runs. His maiden IPL fifty helped the Gujarat Titans finish with a 143-run total on the board.

Chasing 144 to win, PBKS tried a new opening pair of Jonny Bairstow and Shikhar Dhawan. However, Bairstow failed to get going again. Bhanuka Rajapaksa and Dhawan then had a match-winning partnership of 87 runs for the second wicket. After Rajapaksa’s dismissal, Liam Livingstone came into the middle and played a quickfire knock of 30 runs off 10 balls.

He smashed two fours and three sixes, with one of them traveling the distance of 117 meters. It is the biggest six of the season so far. Speaking with host broadcasters after the match, Liam said:

“Swinging hard enough (grins). I didn’t think I was going to bat at one point tonight. Nice to go in and hit a few out of the middle. I thought Shikhar played beautifully. Him and Bhanuka set it up nicely with a partnership to set it up for us. It’s a big win for us, we needed it.”

Fans on Twitter were in disbelief after seeing the gigantic hit from Liam. Here are some of the top Twitter reactions to that shot:

Liam Livingstone will be the next Russell in IPL.

Even Shami was impressed with that shot
Livingstone bat swing is 🔥🔥

“Great gesture from Kane Williamson” – Twitter reacts to Ruturaj Gaikwad dismissed for 99 runs vs SRH
“You guys are literally on no.6 in Test ranking” – Twitter slams England’s Barmy Army for mocking Virat Kohli
To Top