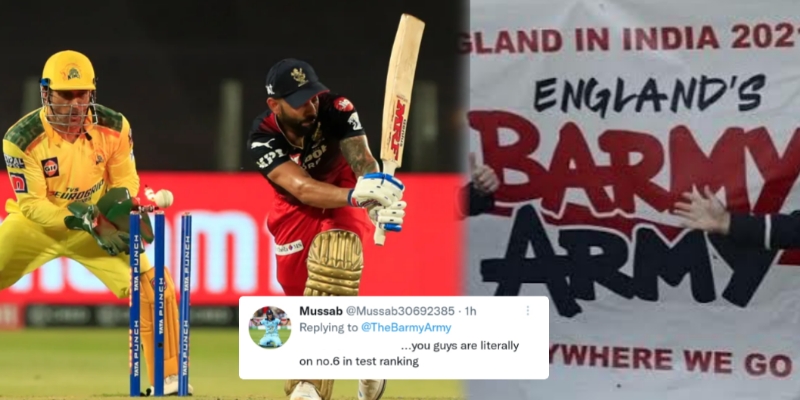 Twitteri hit hard on England’s fan club Barmy Army after they try to mock Virat Kohli on Twitter after the player’s another unsuccessful go in the Indian Premier League 2022.

Virat Kohli is experiencing the worst IPL campaign of his career, struggling to score runs like he did previously.

His struggle continued in the ongoing match against Chennai Super Kings in the Indian Premier League (IPL) 2022, when he became the reason for Glenn Maxwell’s run-out and was then later dismissed for 30 runs of 33 balls.

And taking this as an opportunity, England cricket team’s fan club Barmy Army tried to troll of Virat Kohli, but fans gave them strong response.

Remember him?!
Has been the owner of 🏴󠁧󠁢󠁥󠁮󠁧󠁿 since long ago pic.twitter.com/9LDuYia3Xz

I heard that you won best test team of this year 😎 https://t.co/4lXOqij1vU

Have some shame …you guys are literally on no.6 in test ranking