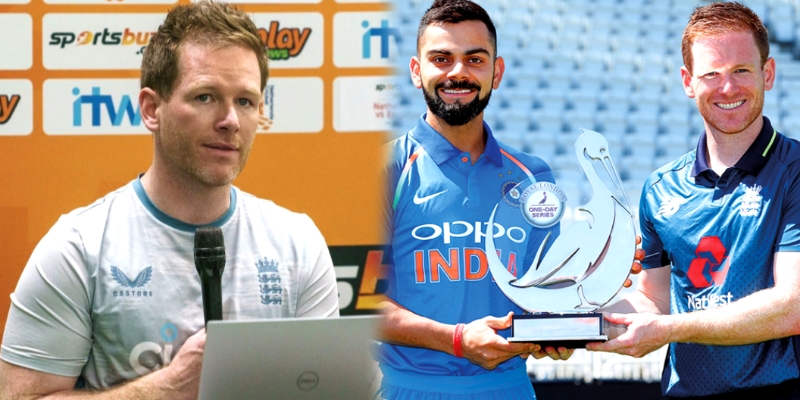 England registered another emphatic win over the Netherlands in the 2nd ODI. After which, England captain Eoin Morgan added that there is not much difference between the Indian team and England.

Batting first, Netherlands managed to put a target of 236 runs for the England team after they scored 235 runs from 41 over after rain delay meant that the match was reduced a 41 overs match.

Scott Edwards scored 78 runs for the Dutch side and was the most run scorer for his team in the match. Chasing the target, even though the Three Lions lost 4 wickets, but it was quite an easy chase for them.

Both the openers Jason Roy and Phillip Salt scored 73 runs and 77 runs respectively before were dismissed. Dawid Malan remained not out at 36 runs, while captain Morgan once again failed to contribute and Liam Livingstone was dismissed for only 4 runs. In the end, Moeen Ali, with his 42 runs, took England over the line with still 5 overs and 6 wickets remaining.

After the match, England captain Eoin Morgan attended the press. During that, Eoin Morgan stated that England have many players to challenge for different positions, just like India.

Eoin Morgan said, “England, just like India have many players who’ve challenged for different spots in the team. It’s a great time for England cricket.”

Eoin Morgan said, "England, just like India have many players who've challenged for different spots in the team. It's a great time for England cricket".

Must keep in mind that England is currently playing a Test series against New Zealand at home, while a little bit rotated squad has landed in Netherlands for the 3 match ODI series.

With the win last night, England now have comfortably takes an unassailable lead of 2-0 in the 3 match and the last match of the series will now take place on the 22nd of June. After that, they face a stif competition from Team India in one Test match to decide fate of the previous year’s Test series. After that, they will also play a 3 match ODI and as many T20I matches.