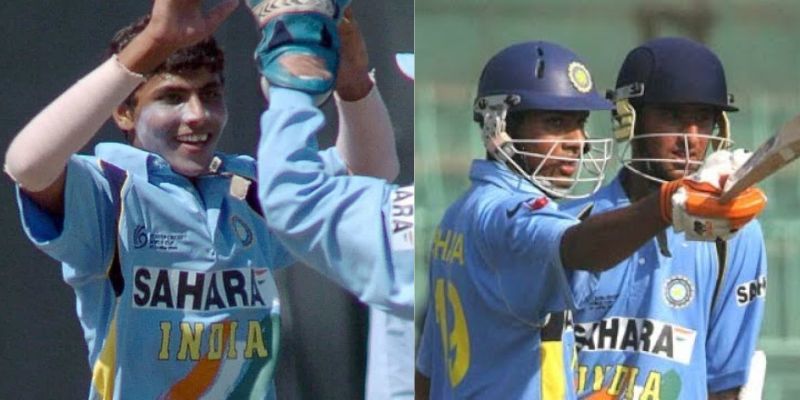 When Rohit was part of India in the 2006 U19 WC, there were a couple of other popular names that were part of the team. Some of them have gone on to achieve great things for the country. We take a look at those names in this article.

Cheteshwar Pujara is one of the players who were Rohit Sharma‘s teammates in the 2006 U19 World Cup. Indian Test Cricket has been served well by Pujara at No.3. The Saurashtra batter has also played ODI cricket but he could not cement his place. However, back in 2006, he was a crucial part of the Indian U19 team. In fact, he was one of the best players in that tournament. The journey that started then, both Rohit and Pujara are still playing together for India.

Ishant Sharma has been part of the Indian Test squad for a while now. Although he has been dropped from the team now, with a decent show in the upcoming domestic season, Ishant can force a return to the squad. Like Pujara, although Ishant played ODI cricket, he found his true calling with the red ball. At one point in time, Ishant himself single-handedly won a few games for India. His service has been exceptional for India and the fans hope that he will make a comeback soon.

Ravindra Jadeja is also one of the players who were Rohit Sharma’s teammates in the 2006 U19 World Cup. Many remember Ravindra Jadeja’s U19 days when he was part of the 2008 U19 World Cup-winning squad. However, the Saurashtra all-rounder was also a part of the previous edition. He had made an impression then and subsequently got a chance to play the next WC. Jadeja happens to be an all-format cricketer for India, just like Rohit Sharma. Although he left many impressed with the ball at the start, Jaddu has now become a complete batter, especially in the whites.

Piyush Chawla is one of the very few players who has won both the T20 World Cup and the ODI World Cup. The Uttar Pradesh leggie was once seen as a probable replacement for Anil Kumble. However, Piyush could not sustain his form for long and had to be dropped from the squad. Nevertheless, in IPL, he still remains as one of the highest wicket-takers.