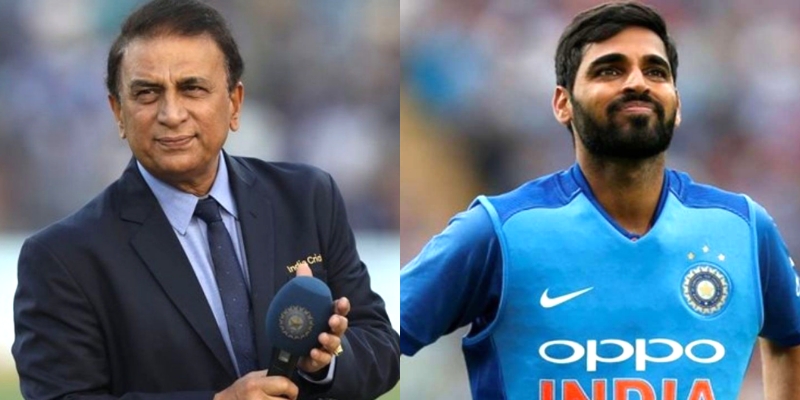 Indian cricket team’s once well known swing bowler Bhuvneshwar Kumar, who also was recognised as ‘Sultan of Swing’, has been under the radar for his performance in the recent past, most recently after his unconvincing performance against South Africa.

Indian team have got off to the worst possible start to the year 2022, having lost 5 consecutive matches to start the year, the 2 Test matches and the 3 ODIs, all against South Africa.

What is more disheartening is that the South African team managed to complete the clean sweep over India in the One Day International (ODI) matches, having won all three of the matches.

The Indian team looked average in all department, whether it is the batting or the bowling. And one particular bowler who is under big question is Bhuvneshwar Kumar.

Talking about Bhuvneshwar Kumar’s performance to Sports Today, former Indian cricketer and legend Sunil Gavaskar stated that, it is time for the management to look beyond Bhuvneshwar Kumar and suggested Deepak Chahar as his replacement.

Sunil Gavaskar also stated that it is time to look at Deepak Chahar, a similar kind of player who can swing both ways and bats down the order as well.

Meanwhile, Bhuvneshwar Kumar was replaced by Deepak Chahar in the Playing XI for the 3rd ODI after Bhuvneshwar failed to contribute with any wickets in the first two matches and conceded big runs.

Whereas, Deepak Chahar managed to contribute with both bats and ball in the 3rd ODI and took India close to victory in that match. He scored 54 runs and picked up 2 wickets as well.

Deepak Chahar has played 6 matches in his ODI career so far and has 8 wickets to his name. With West Indies coming next month on a tour to India, it will interesting to see who gets picked for that 3 match ODI and T20I series, starting from the 5th February.

“Hardik Pandya is a great leader”- Gary Kirsten showers praise on Ahmedabad captain ahead of IPL 2022
“Will Do Wonders For India”, Dinesh Karthik Predicts 31-Year-Old Batsman To Achieve Great Things For India
To Top