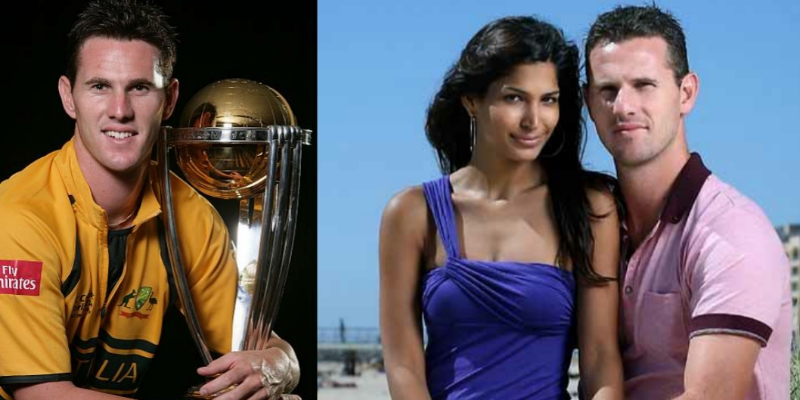 As per Wikipedia, Overseas Citizenship of India (OCI) is a form of permanent residency available to people of Indian origin and their spouses, which allows them to live and work in India indefinitely. A few cricketers have also received it. In this article, we take a look at three foreign cricketers who are overseas citizens of India.

At the moment, India happens to be one of the hotspots for cricket. It is also a country with a growing economy. While it is an attractive region to settle for many, in the past, a few cricketers have managed to get an OCI card. According to the current rules, a foreign player with an OCI card cannot represent India. He cannot also play domestic cricket. That said, it would not be a surprise if rules regarding this change in the future.

Not many know that former Australian bowler Shaun Tait is one of the foreign cricketers, who are overseas citizens of India. He is married to Mashoom Singha, a model based out of India. The duo started dating when Tait was in India playing IPL for Rajasthan Royals.

Tait had a fantastic start to his career with a victory in the 2007 World Cup. However, the lack of consistency and frequent injuries hampered his progress. Hence, he found it hard to get a consistent run in the Aussie team. Tait recently announced his retirement from all forms of the game.

Monty Panesar has an Indian background, as his parents were from Punjab. The former English spinner also holds an OCI card. A couple of years ago, Panesar said that he wanted to play in the Ranji Trophy. He wanted to represent Puducherry in the competition. However, since he holds an OCI and not Indian citizenship, he could not qualify for the Ranji Trophy.

Panesar actually had a great career with England. When he toured India, he was one of the main performers for the Englishmen. This helped them defeat India. The left-arm spinner also has held a consultant role with Australia.

Muttiah Muralitharan is one of the popular foreign cricketers who are overseas citizens of India. The legend is connected to India in two ways. His paternal grandfather was from Tamil Nadu and had moved to Sri Lanka to work on tea plantations. Although he returned back to India, Muralitharan and his family settled in Sri Lanka. The legendary spinner is also connected to India by means of his wife, who is basically from Chennai.

Muralitharan has often talked about his roots in India. On the cricket front, he happens to be the greatest bowler in the history of the game. No one has taken more wickets than him and with the numbers that he has put up, it would be difficult for any cricketer to breach it. Currently, he has also taken up a coaching role and works with Sunrisers Hyderabad in IPL.