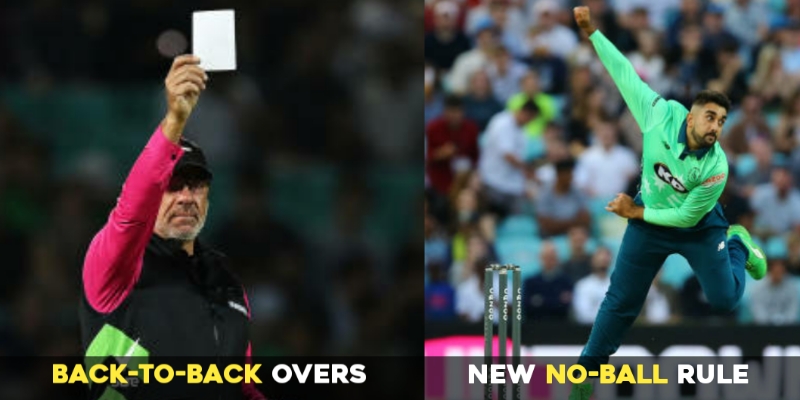 The inaugural season of The Hundred turned out to be a huge success. No one would claim it’s been easy – problems persist – but the Hundred final at Lord’s, which saw Oval Invincibles become the first women’s winners and Southern Brave become the first men’s victors, produced the kind of spectacle that implies this new event has a destiny.

We saw some unusual rules which brought more excitement among the fans. Also, these rules can prove to be a better change in T20 cricket. The game of cricket has evolved at a quick pace since the introduction of T20 cricket and one thing which has remained constant is “Change”.

On that note, let’s take a look at the 4 rules of The Hundred that can make T20 cricket more interesting.

T20 cricket is known for its quick pace but it has become slow in recent times. The bowlers changing end after each over also adds to that. In Hundred, we saw bowlers bowling 10 consecutive deliveries from a single end which meant that the fielding side had to change ends on ten occasions instead of 20.

This rule if introduced in T20 cricket would help quicken the format. Also, this rule can be advantageous to the bowling side as the captain has the option to use his in-form bowlers for back-to-back overs and gain the maximum output from them.

The Hundred’s idea of conducting two matches on a single day- One of Women’s and Men’s each gave positive returns. It gave more encouragement to Women’s cricket and also saw a huge number of female fans following the game. According to reports, around 20% of the attendees at the event were children, while women purchased 21% of the tickets sold.

This concept can turn out to be a big thing in global T20 leagues especially the Big Bash League which already has the same teams for Men and Women.

The past few years have seen an increase in the number of bowlers overstepping the bowling crease and this new rule can help in reducing that. Bowlers will then be more alert and try to avoid bowling no-balls.

4. The non-striker must return to their original end after a caught dismissal

In standard formats of cricket, batters can change ends in the middle of a caught dismissal. They generally do this so that the set batter can face the next delivery instead of the new batter. We have seen several games being turned completely due to the change in ends.

However, in The Hundred, the non-striker has to return to their original end after a caught dismissal. This rule is meant to create a proper balance between both aspects of the game. The new batter facing the next delivery makes more sense and will also avoid the chaos of changing ends.