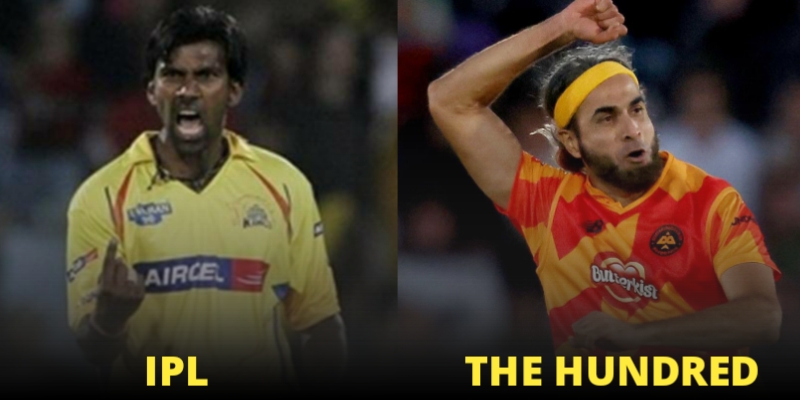 The T20 cricket leagues have taken over the world. Many cricket pundits have accepted that the T20 cricket leagues played in different parts of the world are gradually becoming more and more popular. Fans have been enjoying the hard-hitting and the innovation shown by the player in the shortest format of the game.

Initially, some fans believed that the T20 format did not have anything good for bowlers because batters did not care much for their wickets. However, some bowlers have proven the critics wrong and shown that they can achieve success in this form of the game as well. Taking a hat-trick is a special achievement for any bowler. It means taking 3 wickets in 3 consecutive deliveries.

Scalping a hat-trick in a spell of just four overs might be tougher. However, in this article today, we will look at some of the most popular T20 cricket leagues and the first player to take hat-trick in that competition.

Former Indian fast bowler Lakshmipathy Balaji was the first bowler to take a hat-trick in the Indian Premier League. The right-arm pacer accomplished this feat in the first season of IPL.

He played for the Chennai Super Kings and took a hat-trick against the Kings XI Punjab. Balaji dismissed Irfan Pathan, Piyush Chawla and VRV Singh to complete a hat-trick and help CSK win.

Australian spinner Xavier Doherty holds the record for scalping the first hat-trick in the Big Bash League. He accomplished that feat in the 2012/13 season of the tournament.

Doherty was part of the Hobart Hurricanes. Playing against Sydney Thunder in Hobart, Doherty took a hat-trick by dismissing Simon Keen, Ryan Carters and Cameron Borgas off successive deliveries.

Caribbean Premier League, popularly known as CPL, has become one of the most popular T20 cricket leagues. Quite a few IPL team owners have invested in the competition of late. It is the premier T20 league of the West Indies.

However, an Afghan player holds the record for the first hat-trick in the Caribbean Premier League. He is none other than Rashid Khan. The right-arm leg-spinner took the maiden CPL hat-trick in 2017, while playing for the Guyana Amazon Warriors against the Jamaica Tallawahs. He dismissed Andy McCarthy, Jonathan Foo and Rovman Powell to complete his hat-trick.

Not many fans would know that former Sri Lankan fast bowler Isuru Udana holds the record for the first hat-trick in Champions League T20 history. The competition no longer exists now.

However, back in 2010, Udana took a hat-trick while playing for Wayamba Eleven in a match against Central Districts Stags. He took a 2-ball hat-trick by dismissing Brad Patton, Matthew Sinclair and George Worker.

T20 Blast, formerly known as the Twenty20 Cup, is one of the top T20 competitions in England. Back in 2004, all-rounder Dimitri Mascarenhas became the first man to take a hat-trick in the competition.

Playing for Hampshire, Mascarenhas completed a hat-trick against Sussex. His three wickets for the hat-trick were Mark Davis, Mushtaq Ahmed and Jason Lewry.

England and Wales Cricket Board (ECB) launched a new format of cricket in 2020. They named it as The Hundred as it is a 100-ball cricket innings in this match.

ESPNCricinfo still recognizes it as a T20 match. South African leg-spinner took the first hat-trick in this new event, while playing for the Birmingham Phoenix. Qais Ahmad, Matt Milnes and David Paynes were his three scalps as he completed a hat-trick against Welsh Fire.

Former Pakistan pacer Mohammad Amir registered the first hat-trick in the Pakistan Super League. It happened during the 2016 season.

Amir, playing for the Karachi Kings, took a hat-trick against the Lahore Qalandars. He dismissed Dwayne Bravo, Zohaib Khan and Kevon Cooper.