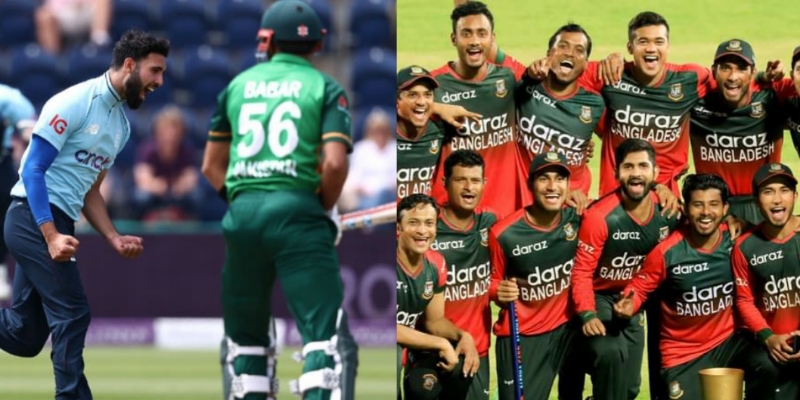 The year 2021 has been a year of hope for all cricket fans. After seeing cricket matches behind closed doors for most part of 2020, 2021 saw the return of the cricket fans in most parts of the world. Team India managed another Test series win in Australia.

India and New Zealand faced off in the first-ever ICC World Test Championship Final. Southampton played host to that battle between the two teams.

The Blackcaps defeated Virat Kohli and co. to become the first ever ICC World Test Champions. They dominated India in the summit clash.

2. MS Dhoni and Suresh Raina played together for the first time after international retirement

MS Dhoni and Suresh Raina retired from international cricket in the year 2020. They both announced their retirement on August 15, 2020.

Dhoni played in IPL 2020 later, but Raina did not play a single match due to personal reasons. Now, in 2021, both donned CSK jersey and played together.

Bangladesh had defeated Australia in ODIs and Test matches once before. However, they never had been able to beat the Aussies in the T20Is.

Earlier this week, Bangladesh defeated Australia in two T20I matches. The Bangladesh team has a chance of winning the 5-match T20I series now.

In these uncertain times, cricket has been a source of entertainment for the fans. However, COVID-19 hit the England squad before the Pakistan series.

As a result, all players of the original squad had to isolate and miss the series. Ben Stokes led a ‘B’ team of England against Pakistan, with 11 changes to the English team.

5. IPL tournament halted at the halfway

The 2021 edition of the IPL is its 14th one. However, never in the tournament’s history was a season abruptly halted due to any reasons.

There have been many controversies in IPL over the years. However, for the first time in 2021, IPL had to be halted after multiple COVID-19 cases in the bio-bubble.

Like England, COVID-19 hit the Indian squad during their tour of Sri Lanka. They had to leave nine players out of a second-string squad.

India still agreed to play and fought against Sri Lanka. However, for the first time ever, Sri Lanka managed to record a T20I series win against India.

Another massive upset that the cricket fans saw in 2021 was Zimbabwe defeating Pakistan. The Men in Green had a strong team for the Zimbabwe series.

However, in the second T20I at Harare Sports Club, Zimbabwe beat them by 19 runs. It was their first win against Pakistan in 16 T20I matches.