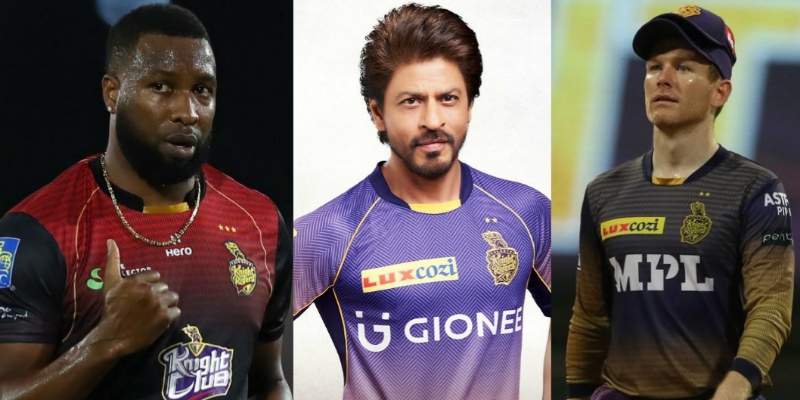 Shah Rukh Khan is a film personality who is highly interested in sports. He owns multiple sports franchises, and most of these teams have been doing well. In this article, we take a look at the strongest combined playing XI of teams owned by Shah Rukh Khan.

Kolkata Knight Riders is the first T20 team that was brought by Shah Rukh Khan along with his partners. Later, he invested in the Trinidad and Tobago franchise in the Caribbean Premier League. There have also been reports of his interest in the South African League and USA’s Major League Cricket. On that note, let’s get to the strongest combined playing XI of teams owned by Shah Rukh Khan.

KKR has a problem with its opening combination. This is one area where they are lacking in recent seasons. Hence, we will go with the opening options from CPL for this XI. Colin Munro is an established T20 cricketer, who is popular across all T20 leagues. Apart from his big-hitting skills, Munro is also a decent medium pacer. Along with Munro, we have the experienced Lendl Simmons at the top of the order. Simmons has also played in IPL and even has a century to his name. Once he gets going, it’s difficult to stop him. Like Munro, he is also useful with the ball.

Although Shubman Gill bats as an opener for KKR, we have him at No.3 in this XI. In fact, it would not be a surprise if No.3 will be the long-term slot of Gill in the T20 format. At this spot, Gill could anchor the innings and play his natural game.

Eoin Morgan will play at No.4 for this XI. The World Cup-winning captain’s form is mediocre at the moment. Even in the first phase of IPL 2021, Morgan did not fire with the bat. Dinesh Karthik will keep wickets for this XI of teams owned by SRK. A veteran of the T20 format, DK’s hopes of making a comeback to the Indian Team are reducing gradually.

The best all-rounders’ unit that a T20 franchise can have? Well, it definitely is. Andre Russell and Kieron Pollard are two fantastic T20 players and both play for teams owned by SRK. While Russell plays in IPL, Pollard does it in CPL. In fact, Pollard recently helped Trinbago Knight Riders lift the title as the captain of the unit. Hence, he will also lead this squad.

Trinbago Knight Riders do not have many notable bowlers, and hence, we have the KKR bowling unit for this squad. Nevertheless, Sunil Narine represents both Trinbago and Kolkata and is one of the very few players who do that. He can also be used as a pinch-hitter if required. Varun CV, the mystery spinner from India, will accompany Sunil in the spin department. Pat Cummins and Lockie Ferguson will complete the pace attack of this XI. Both are established pacers and will need the support of Russell to be effective for this XI.