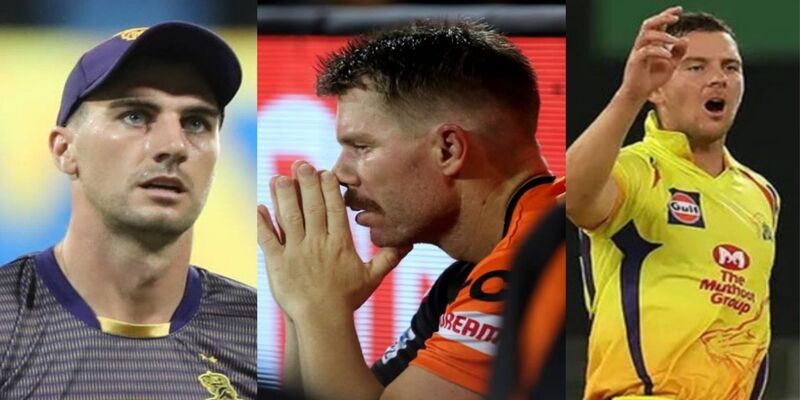 Cricket Australia has announced Australia’s white-ball squad for the tour of Pakistan. And notably, there are a few big names who will miss the ODIs and T20I to manage the workload. On Tuesday, the selection committee led by George Bailey announced that star opener David Warner, wicket-keeper batsman Matthew Wade and the pace trio of Cummins, Starc and Hazelwood would not be available for the white-ball series. These players have been given rest.

The white ball series will start on March 29. And there were some rumours that these players would be going to participate in the Indian Premier League. As the IPL is likely to start on March 29. However, the BCCI hasn’t announced the exact dates. But if everything goes well, we will see the IPL get started in the last week of March. Chief selector George Bailey said in a statement that, as per the protocols, any centrally contracted player will not be allowed to take part in the IPL till April 6.

IPL is at the forefront of the T20 tournament, says George Bailey

Bailey also pointed out that it has been finalized by Cricket Australia’s Executive General Manager High Performance and National Team, Ben Oliver. He also named a few players like Daniel Sams, Riley Meredith, Nathan Coulter-Nile, and Tim David. They are not contracted by CA, so they can join IPL from the start.

Bailey also expressed what he thinks about the IPL as a tournament. He said the marquee tournament is one of the best platform for a T20 game. Adding to that, he also said the IPL is very important for Aussie players to improve their skills. And that’s why players will be joining the tournament after April 6.

However, other players who have been selected in the white-ball squad against Pakistan will join the IPL after the tour gets over. Hence, we will not be able to see these big names in the IPL till April 6. They will join their respective franchises after that.