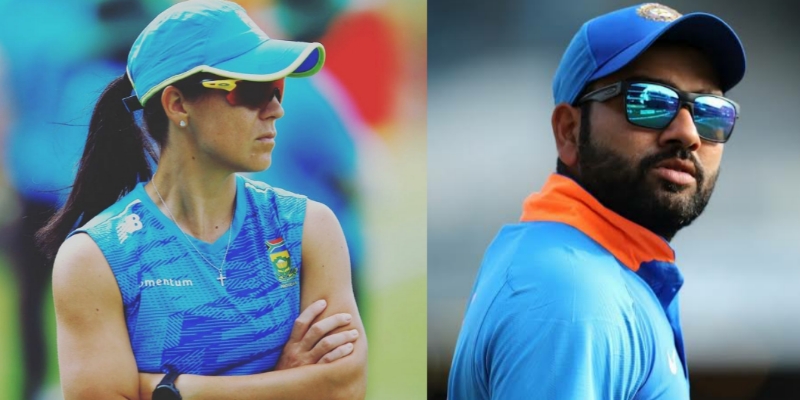 A few days ago, BCCI announced Rohit Sharma as the new Test captain of India. With this, Rohit becomes the all-format captain for India. There were a lot of reactions from across the country and from those involved in the game abroad, as well. In this article, we take a look at how South Africa’s women cricketer Marizanne Kapp reacted to Rohit Sharma becoming the all-format captain.

Rohit is now the all-format captain of Team India

After Virat Kohli gave up his Test captaincy, there was a lot of discussion on who would replace him. While naming the squad for the series against Sri Lanka, BCCI announced Rohit Sharma as the captain of the Test Team.

A few weeks ago, Rohit had become the full-time skipper of both ODI and T20I squads. Hence, he is now an all-format captain for India. While the new era is exciting, Rohit will have plenty of challenges. His fitness is one concern and now, he must split his attention towards all three as well. Hence, it needs to be seen as to how he would perform going forward. BCCI has also identified KL Rahul, Rishabh Pant and Jasprit Bumrah to be the key components of the leadership group. Bumrah will be Rohit’s deputy in the upcoming Sri Lanka series.

South Africa’s Kapp is one of the most important players for her country at the moment. She is an all-rounder and is famous for her hat-trick that she took in T20I cricket. Here is how she reacted to Rohit Sharma taking over as the skipper in all three formats.

An experienced campaigner, Kapp’s next assignment is the World Cup in New Zealand. The tournament is set to begin soon.

Australia confirm team’s Indian bowling coach will not travel to Pakistan with the team
Here’s why David Warner, Josh Hazlewood and Pat Cummins will miss the start of IPL 2022 despite skipping Pakistan limited overs series
To Top