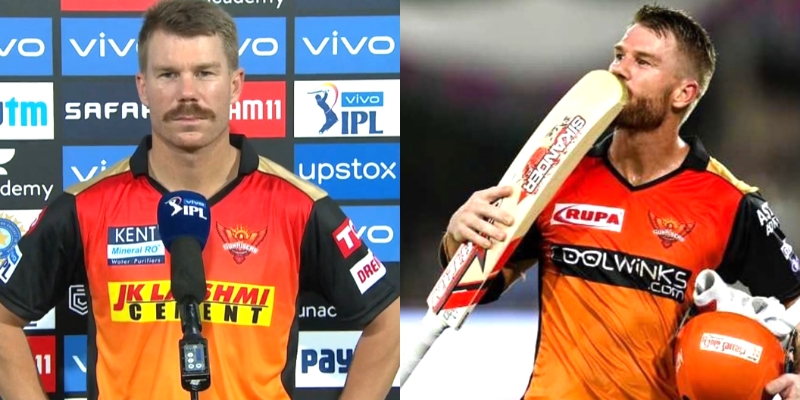 The previous year didn’t go well for the left-handed opening batsman, getting to play on 8 matches and could only score 195 runs. But, before that, for the last 6 years, between 2013 and 2020, every season he had scored over 400 runs, that includes guiding Sunrisers Hyderabad to IPL Trophy in the year 2016, in which season, he was simply unstoppable, scoring 848 runs from 17 matches.

But, before the IPL 2022, Sunrisers Hyderabad have released the Aussie and he will be part of the IPL 2022 Mega Auction, that is to be held on the 12th and the 13th February in Bangalore.

Before that, David Warner paired up with former Australia pacer Brett Lee in a candid chat on the latter’s podcast, where he talked about IPL.

In his chat with Brett Lee, David Warner stated, “Whenever I go to India, I see it (playing in the IPL) as playing in the best tournament in the world.” And added that he gets lots of insights and practice for future Australia tour to India.

He further added that he loves mixing up with the Indians and the locals, and believes that they owe India something and wants to be a part of the Indian cricket programs in some way in future.