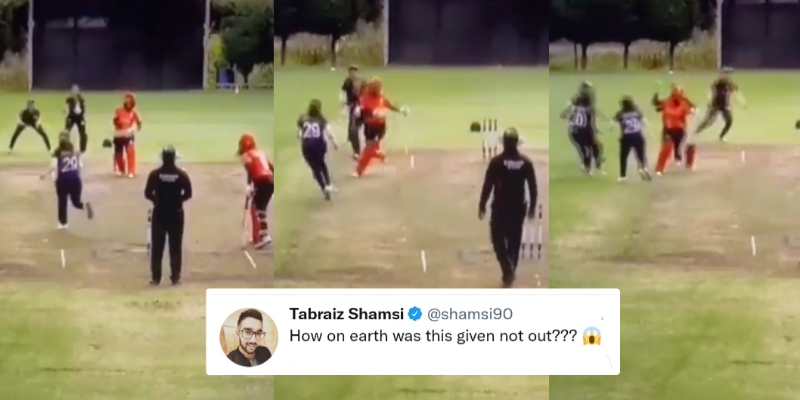 Cricket is slowly getting popular in the USA. We have seen many star men’s cricketers leave their country to join the United States of America. There are multiple leagues in the USA, and it seems like in the next 15-20 years, the USA will also have a strong cricket team.

Not many fans would know that the United States of America is currently competing in a women’s cricket series as well. Recently, there was a match between the women’s cricket teams of the USA and Canada, where the Canadian side emerged victorious by seven runs.

The American side won the toss and invited the Canada Women to bat first. In the very first over of the match, there was a huge controversy, and the video of the same has gone viral. In the past, fans have seen that the batter is adjudged out by the umpire when trying to obstruct the fielders.

However, the umpires surprisingly ignored when Divya Saxena, the opener of the Canada women’s cricket team, hit a shot in the air. The fielders came close to catch it, but the batter also ran towards the ball, and it resulted in the ball landing in between the fielders. The opener then went on to score 40 runs off 45 balls that helped her team win.

You can watch that video here:

From last week in Mexico… @usacricket Women loss by 7 runs to Canada. Blatant obstructing the field by opener Divya Saxena off her first ball in the first over of play. Given not out. She went on to make 40 out of Canada’s total of 85. pic.twitter.com/WHRbryODSk

Canada Women scored 85 runs in their 20 overs. In reply, the USA team reached 78/7 in 20 overs and lost the match by seven runs.