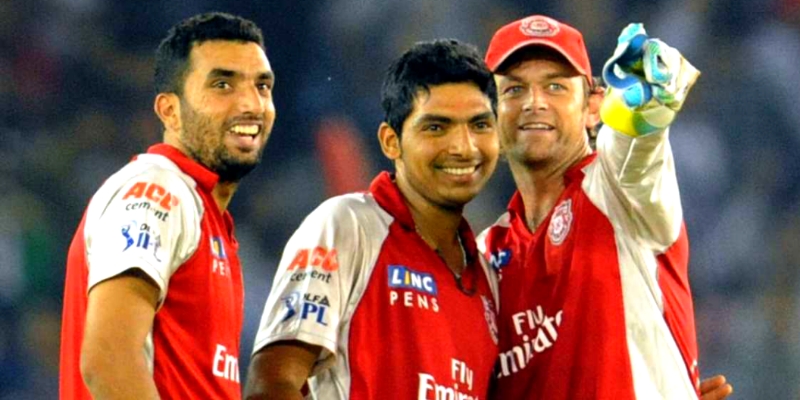 Indian Premier League (IPL) is today a very successful and most famous T20 cricket league and one of the biggest sporting tournament in the world. A total of 10 teams play in the tournament nowadays which was increased from 8 to 10 prior to IPL 2022.

Of the 8 teams that are the founding member of the league, Punjab based franchise Punjab Kings (previously known as the Kings XI Punjab) is one of the very popular team of the league.

Even though the franchise is yet to win the IPL once, their fan support has remain the same, in fact it has increased over the years. The has some really good players playing for them. However, there are couple of player who believe their career in India is stalled because of stif competition there is to make it to the Indian team due to the high competition.

As such, a couple of players have switched and now plays cricket in USA. Today in this article, we take a look at 3 former Kings XI Punjab (Punjab Kings) players who now play in USA.

Sunny Sohal is the first player in the list who have played for the Punjab Kings and now plays in USA. Sohal was a member of the Kings XI Punjab during the initial phases of the IPL. He didn’t had any impact for the team as he scored only 119 runs in his stint with the franchise. He then represented Deccan Chargers in the IPL but then soon after retired from Indian cricket and now plays in USA. He has also represented the USA national team.

Bipul Sharma is one of the very well recognised name in the IPL who had such a crucial role in guiding Sunrisers Hyderabad to their glory in IPL 2016. However, prior to that, he also played for the Kings XI Punjab. However, he saw a massive downfall in his performance and remained unsold in the recent IPL auction and decided to switch to USA.

It’s not just the Indian players who switch teams due to tough competition but also overseas players. One of the overseas player who switched team is South Africa’s Jaun Theron. The South African represented the Punjab Kings franchise in the year 2010. Theron has also switched to USA but is yet to play International cricket for USA.

Watch: Virat Kohli pulls off an outrageous cover drive Six during his inning against Netherlands in T20 World Cup 2022