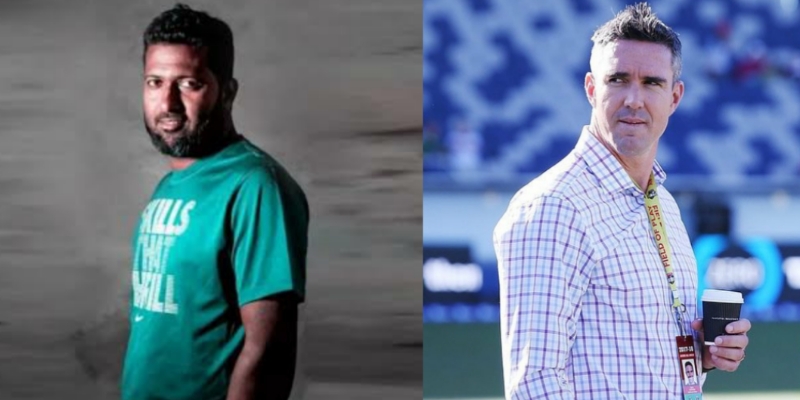 Former Indian cricketer Wasim Jaffer has been very active on social media. He reacts to the recent happenings in the cricket world with a touch of humor. The ICC T20 World Cup 2021 is currently underway in the Middle East, and yesterday, the New Zealand cricket team became the first one to qualify for the tournament’s final.

The England cricket team did not look in their best form while playing their last two matches. Eoin Morgan’s team suffered a defeat in their last Super 12 match against the South African cricket team and then crashed out of the competition after suffering a 5-wicket loss at the hands of the New Zealand cricket team last night in Abu Dhabi.

While the Super 12 stage of the ICC T20 World Cup 2021 was happening, former England batter Kevin Pietersen had predicted that the current English squad can only lose to either Afghanistan or Pakistan that too on a used pitch of Sharjah. Here’s what Pietersen had tweeted:

“Only Pakistan or Afghanistan can beat England in this T20 World Cup. BUT and it’s a BIG BUT, the game would have to be played on a used wicket in Sharjah. Anywhere else, just hand England the trophy like Chelsea should be handed the EPL trophy RIGHT NOW!”

Wasim Jaffer has a habit of trolling former England players, and he pulled Kevin Pietersen’s leg by posting a hilarious meme of Kane Williamson which reads:

Fans loved the way how Wasim Jaffer responded to Kevin Pietersen. The reply from the former Indian cricketer has received over 11,000 likes so far.