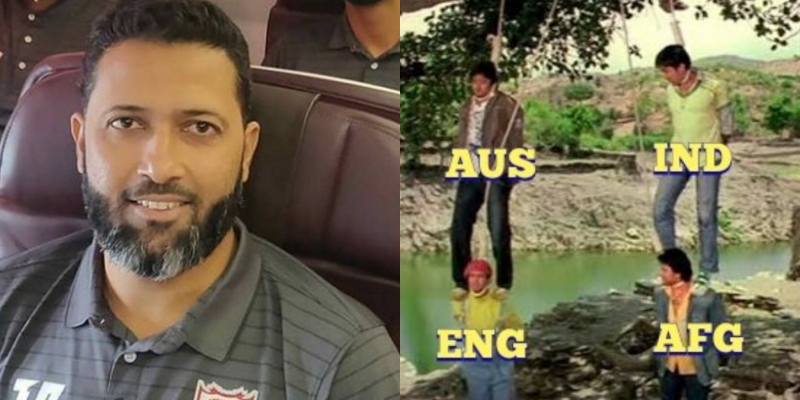 Former Indian cricketer Wasim Jaffer, who is nowadays very active in social media, and has become quite popular among the fans for his hilarious posts on his social media account. This time, he has tried to explain the qualification scenario for the T20 World Cup 2021.

The race to qualify for the semi-finals of the T20 World Cup 2021 is getting quite intense with as much as 5 teams from both groups, Australia, South Africa, India, Afghanistan, New Zealand, are still in with a chance to make it to the semi-finals, and this has made the qualification scenario very tough.

Current situation 😅: India and AUS not only need to win but need AFG and ENG to win too for certain/easier passage. #T20WorldCup pic.twitter.com/6K6x0q7ogs

Along with the meme, he added that India and Australia will obviously need to win their respective match, but will have to be dependent on Afghanistan and England respectively.

For Australia to qualify from Group 1, they need to beat West Indies, whom they are playing in the first match of the day, but then will also have to hope that England beats South Africa later today. In case Australia loses and South Africa wins, then England and South Africa will progress, or if both of them loses their respective match, then it will be down to the net run rate.