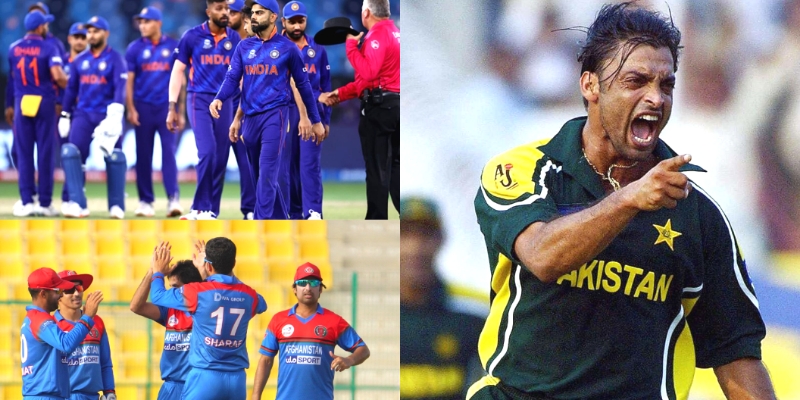 The criticism did not stop even after India registered their first win of the T20 World Cup 2021 campaign against Afghanistan. There is a new allegation being made that India and Afghanistan match was fixed.

Team India registered a comprehensive victory over the Afghanistan cricket team as the men in blue rommped past Afghanistan by 66 runs.

Social Media still was not happy it seemed. There were allegations made that the India vs Afghanistan T20 World Cup 2021 match was fixed. However, the former Pakistan pace bowler Shoaib Akhtar came out in support of the Indian team and Afghanistan team.

Shoaib Akhtar posted a video on his YouTube channel in which he talked about fans criticising the Indian players. He also talked about the allegations of match fixing.

Please stop talking about the match being pre-decided or doctored. Such things leave a bad taste. I am backing Afghanistan & India both. Lets see if any one of them pulls off a miracle & goes through.

In his Twitter account, the former Pakistani pace sensation briefed the entire video with a small tweet. He asked the fans to stop talking about match being pre-decided. He also backed India and Afghanistan and said that he would love to see India vs Pakistan again, this time in the T20 World Cup 2021 final.

Hardik Pandya and Rishabh Pant then carried forward the team as the men in blue ended on 210 for the loss of 2 wickets. Pandya and Pant played quickfire knock of 35 and 27 runs inning.

There were questions over the bowling department as well, but, this time they too had a great match with Mohammad Shami picking up 3 wickets and Ravichandran Ashwin got 2 wickets. Jasprit Bumrah and Ravindra Jadeja had one scalp to their name.