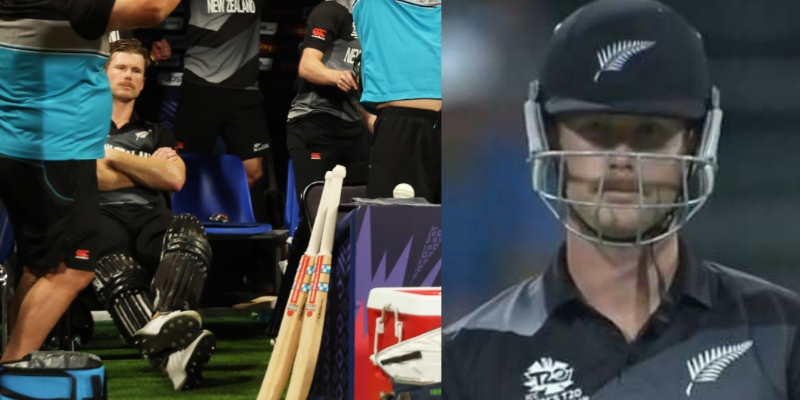 Jimmy Neesham played a game-changing knock of 27 runs yesterday in the first semifinal of the ICC T20 World Cup 2021 played between the England cricket team and the New Zealand cricket team. It was a rematch of the 2019 Cricket World Cup final. Many fans would remember that the Kiwis were very close to winning the trophy in 2019, but they lost the match due to the boundary count.

Yesterday, New Zealand ensured that their ICC T20 World Cup 2021 semifinal against the England cricket team did not even go to the last over. Opening batter Daryl Mitchell played a match-winning knock of 72 runs, while Neesham scored a 11-ball 27 as the Blackcaps chased the 167-run target in 19 overs and qualified for the ICC T20 World Cup final for the first time ever.

Jimmy Neesham says job is not done yet

ESPNCricinfo posted that photo on their official Twitter account and pointed out how Jimmy Neesham didn’t move. The Kiwi all-rounder then gave a reply to the Twitter handle and mentioned that he does not think so that the job is done.

New Zealand cricket team has qualified for the ICC T20 World Cup 2021 Final scheduled to happen on this Sunday at the Dubai International Cricket Stadium. Their opponents will be decided tonight when the Pakistan cricket team battles the Australian side in the second semifinal.