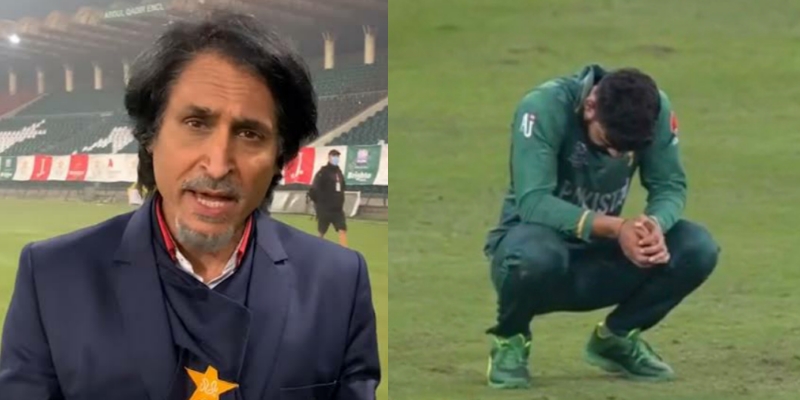 Australia defeated Pakistan by five wickets in the semi-finals of the 2021 T20 World Cup. New Zealand and Australia will now be facing in the summit clash of the tournament. In this article, we take a look at how Chairman of the Pakistan Cricket Board Ramiz Raja reacted after Pakistan lost in the semis of the T20 WC.

Pakistan lost in the semis of T20 WC

Pakistan actually had a good game in both innings. With the bat, they posted 176 runs and it was considered a defendable score in a pressure game. The bowlers proved that in the initial overs. Shaheen Afridi took a wicket in the first over while Shadab Khan dominated the Aussie batsmen in the middle-overs. At one point, Australia was almost out of the game. However, the partnership between Mathew Wade and Marcus Stoinis helped the team cross the line.

Pakistan came into this tournament as an unpredictable team. Just before the tournament started, there were also a few issues in the management. Nevertheless, exceeding expectations, the team remained unbeaten until the semis. However, they lost in the knockout game. Ramiz Raja, who has been vocal about his team’s performance, had a message after the loss.

You have united the land truly and you have refreshed it’s mood with promise. We thank you and we are proud the way you fought. Well done boys. #PakistanZindabad

Going by the current team, Pakistan seems to have a bright future in the format. Babar Azam is the fulcrum while the team has a strong core with the likes of Shaheen Afridi, Mohammad Rizwan and Shadab Khan. The veterans might retire soon, and Pakistan’s immediate task will be to replace them.