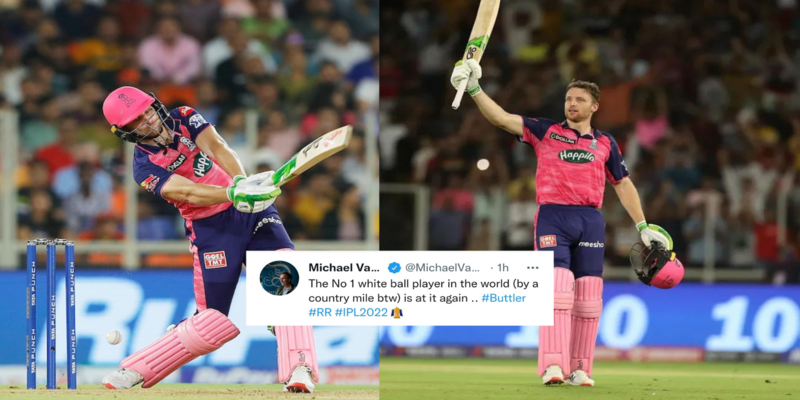 It is the Rajasthan Royals who have won the Royal Rumble, a battle between two royal teams. The final will be the rematch of the Qualifier 1, between Gujarat Titans and Rajasthan Royals, on Sunday, May 29 at Narendra Modi Stadium. It was once again Jos Buttler that has carried on and single-handedly won for the RR.

This will be the second time in 15 years that RR will be in the final of the IPL. Buttler ended the chase with a big six and remained unbeaten on 106* off 60 balls, including 10 fours and six maximums.

It all started with the toss, as Sanju Samson won the toss for only the third time in 16 matches. Rajat Patidar once again top-scored for RCB in back-to-back matches as he scored a half-century. He scored 58 off 42 and, with a little cameo from Maxwell (24 off 13), it looked like RCB would once again post a really good total. But an excellent comeback from the RR pacers brought them back and restricted RCB to just 157/8.

And then, chasing the target, RR was off to a flyer with two sixes and one boundary in the very first over off Siraj. Rajasthan scored 66 runs in the first six overs. And they carried on the momentum and finished the game. Jos Buttler, in particular, who simply took the game away from RCB and finished it for Rajasthan Royals.

The @josbuttler did it again!@rajasthanroyals into their first @IPL Final since the inaugural edition in 2008 when Shane Warne led them to glory. #RajasthanRoyals #Buttler #Platinum

Absolutely dominating performance by Rajasthan Royals in all the departments. Jos Butler scored 106 runs out of 161 runs scored by Rajasthan. Tough luck for RCB fans, yet again. #RCBvsRR #TATAIPL2022 pic.twitter.com/KMpPNYmyHg

Jos, Living a beautiful dream with his eyes wide open. What a final this promises to be … The first timers vs the first timers from 14 years ago. #RCBvsRR The wait continues for RCB, but the two best teams will contest for the trophy ..

824 runs, 4 hundreds, 4 fifties from 16 matches – one of the greatest ever performance in an IPL season – Buttler is the hero for Rajasthan. Take a bow, Jos. pic.twitter.com/QW9mfcVjjF