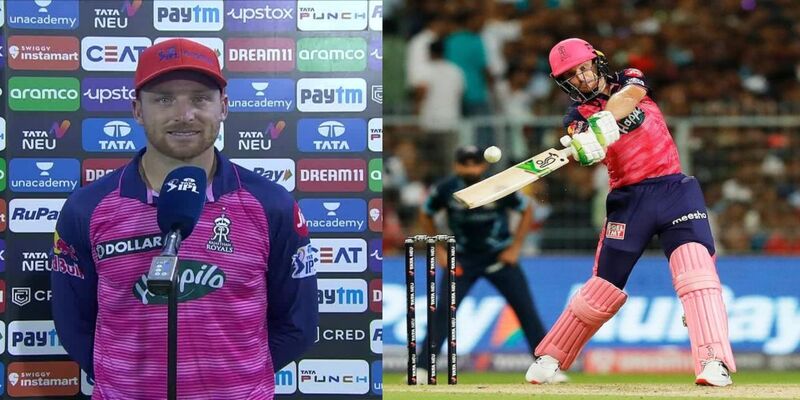 On Tuesday, the world saw another master class from the English swashbuckling opener, Jos Buttler, in the Qualifier 1. Rajasthan Royals locked horns with Gujarat Titans at the Eden Gardens. Buttler played a brilliant innings of 89 runs off 56 balls to complete his fifth half-century of the season. He helped RR to reach a competitive score of 188/6 in the first innings. However, it didn’t end up as the winning score because GT chased down the target with three balls to spare.

But the efforts from RR’s opener were well praised. But it was not as fluent as at the start of his innings. In fact, he did struggle in the beginning and played with a run ball. But once he got his timing back, there was no stopping him. He hit 12 boundaries and two maximums during his inning.

In an interaction with Cricbuzz, the 31-year-old opened up about his plans during the inning and his overall performance. He spoke of his struggles in the early phase of his innings and how he managed to play second fiddle to skipper Samson. Buttler said that in the beginning he was finding it difficult, and when Samson came in, he tried to give him more strikes.

He also said that he tried to hang in there to stay there till the end and then tried to play big shots. The 31-year-old also added that he knew that it would come off if he stayed there, but it came a bit late for him. He also highlighted that it was a big game and the opposition was looking for him to panic and get out, but he kept hanging in there. Jos Buttler concluded, “Sometimes you just got to swallow your ego; if you’re finding it hard, you’re finding it hard. Not to try and force it too much. Don’t panic.”

Eventually, a match-winning partnership of 106* runs between Hardik Pandya and David Miller won the game for GT. With this win, Gujarat has advanced to the final. On the other hand, RR will now face the winner of the Eliminator between LSG and RCB. The Qualifier 2 will take place on Friday, May 27 at the Narendra Modi Stadium in Ahmadabad.