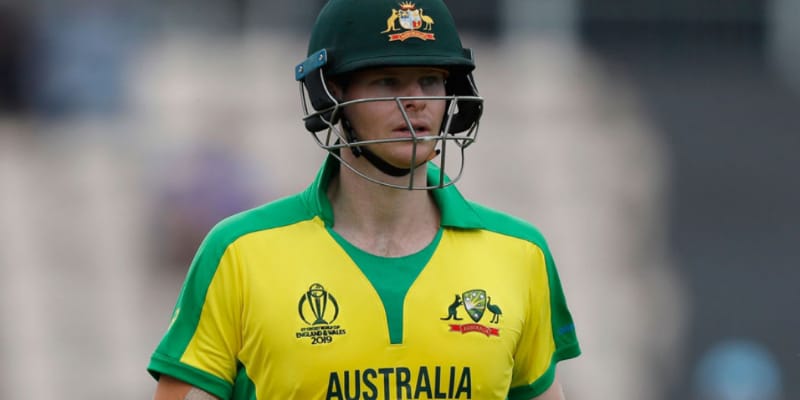 Australia won the historic Test series on Pakistani soil for the first time after 24 years on Friday. Both teams will now head on to the white-ball series, where they will play three ODIs and a one-off T20I. However, before the start of the ODI series, the visitors faced a big set-back. Star middle-order batsman Steve Smith was ruled out of the white-ball series due to his elbow injury.

Smith was part of the Test series and played all three matches. But as per the sources, it was reported that the right-hander faced some pain with his left elbow on Friday night. Notably, a Cricket Australia (CA) official, confirmed that Smith was also feeling some stiffness in his elbow during the Test series. And with the packed schedule in the coming 18 months, it was necessary to give him the required rest.

CA has also announced his replacement for the white-ball series. Surprisingly, they haven’t gone for any batsmen, but instead have added leg-spinner Mitchell Swepson to the team. The leg-spinner was part of the Test series and played in the last two matches.

Before Steve Smith, CA had already given rest to some big names

Australia had already rested their regular players like David Warner, Mitchell Starc, Glen Maxwell, Josh Hazlewood, and Pat Cummins. And Kane Richardson was earlier ruled out because of his injury. Both teams will play four white-ball games. Gaddafi Stadium in Lahore will host all four matches. ODI matches will start on March 29, 31, and April 2. While the one-off T20I will be played on April 58.

Cricket Australia’s head of sports science and sports medicine, Alex Kountouris, also clarified that Australia is looking to give Smith time to recover properly, keeping in mind the amount of cricket to be played in the next year and a half. And a break will give him the chance to prepare and make sure that he will be fit and available for the upcoming season. He said that the right-hander felt the pain in the second half of the Test series. As Alex Kountouris stated, “Given he had an injury with the same elbow last year, we felt it important to manage this proactively.”

Chairman of Selectors also came up with his views on Smith’s injury. George Bailey said that the right-hander had suffered the injury to the same elbow last year as well. And considering the amount of cricket to be played in the coming 18 months, it would be ideal to give him the rest. He also stated that replacing him with Swepson would provide the team with more variety. As the squad already has enough batting options. Bailey concluded, “Steve’s absence offers up additional opportunities to players within the group.”