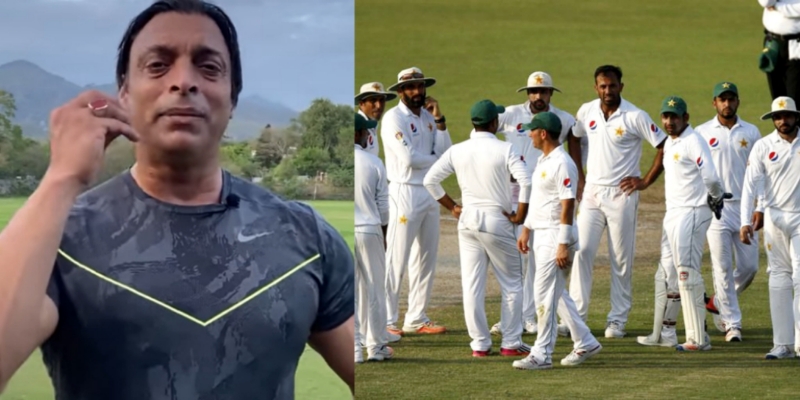 Former Pakistan cricket team’s pacer Shoaib Akhtar criticised the Pakistan Cricket Board and the team management after the recent Test series against Australia, which Australia won 1-0.

It was a historic return for the Australian team to Pakistan after that long gap of 24 years. Both teams played a total of 3 Test matches as part of the series.

However, while the fans expected an interesting series, it kind of turned out very different as the first two matches of the series ended in draw, while Pakistan Cricket Board (PCB) received lots of criticism due to the pitches used for the series.

Many former Pakistani cricketers have also put blame on the PCB, including Shoaib Akhtar. He once again opened up on the series in a latest uploaded video on his YouTube channel.

In the video, Shoaib Akhtar put the blame on the Pakistan Cricket Board (PCB) and the team management for the series. He called it a disappointing series and termed it as ‘Nonsense’.

He also praised the Australian side for their performance. He stated that this is not their home, and neither have they or the players have played in Pakistan, it was their first hand experience and played brave cricket.

The series had got off to a boring draw match in the first Test in Rawalpindi, which was followed by another draw, but Pakistan had to work hard for the draw, which the Pakistan team’s captain Babar Azam did. The third match was completely wide-open, all thanks to a early declaration by Pat Cummins, which eventually was a big factor in Australia win in the 3rd Test in Lahore.

Steve Smith ruled out of the white-ball series against Pakistan, Australia announces replacement
“He is quite similar to Rohit Sharma” – Ricky Ponting names potential India captain for future
To Top