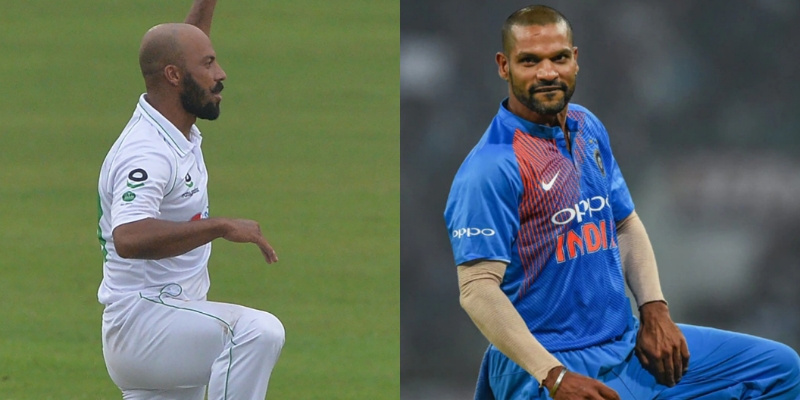 Pakistan’s off spin bowler Sajid Khan has become quite famous recently due to his identical Gabbar celebration as Indian batsman Shikhar Dhawan. But, do you know, the bowler has been fined twice for his such celebration.

Shikhar Dhawan has made this Gabbar celebration quite famous as the Dhawan used to repeat this celebration everytime he takes a catch. Sajid Khan has been doing the same whenever he takes a wicket.

He said that everyone has their own style and people think that he copies Shikhar. He added that he has been doing the celebration since his school days and brought to notice that he has fined twice for the celebration in such method in first-class cricket.

He said, “Just to bring this under your notice that I have been fined twice for this celebration in first-class cricket.” He then added that now everyone is appreciating the celebration.

Sajid Khan has been included into the Pakistan cricket team’s squad for the upcoming historic Test series against Australia as the latter is visiting Pakistan for the first time in 24 years.

The series begins from the 4th of March with the first Test match in Rawalpindi. The series will consists of total of 3 Test matches and as many ODIs, and only T20I.

Liam Livingstone ruled out of PSL 2022, Peshawar Zalmi loses fourth overseas player
“I’m sure there are better ways to ask for an interview” – Gautam Gambhir lashes out in support of Wriddhiman Shah
To Top