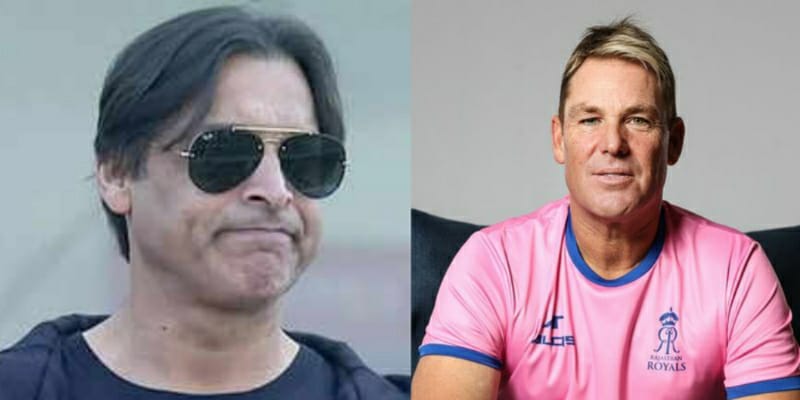 Shoaib Akhtar is a former Pakistani cricketer who spent fourteen years playing in all three formats of the game. He was a right-handed fast bowler who is credited with bowling the quickest delivery in cricket history. The delivery, which reached 161.3 km/h, was bowled against England in the ICC Cricket World Cup 2003 group stages.  He earned the nickname “Rawalpindi Express” since he hails from Rawalpindi, Punjab, Pakistan.

Gujarat Titans are one of the IPL’s two new teams, and they’ve had a relatively straightforward road to the final, finishing first in the table and then winning Qualifier 1 to earn a spot in the summit showdown, which will be contested in front of their home fans. Gujarat Titans beat Rajasthan Royals in the Qualifier 1 at the Eden Gardens earlier this week.

The last time Rajasthan reached the final was in 2008, when Shane Warne, who passed away earlier this year, beat all odds to lead his team to IPL title victory in the inaugural season. As a result, Rajasthan will be hoping to pay Warne the ultimate tribute by winning their second title.

Rajasthan Royals beat Royal Challengers Bangalore in the Qualifier 2 thanks to a fantastic hundred by the England International batsman Jos Buttler.

In an interview with Sportskeeda Cricket the former Pakistan fast bowler said that Rajasthan Royals have reached the final after 14 years and they should take every chance to win it from here. Rajasthan Royals players should win it for their former skipper late Shane Warne. He said, “In memory of Shane Warne, Rajasthan go out there and thrash the Gujarat Titans in IPL 2022 Finals”.

The IPL 2022 Finals will be played between Rajasthan Royals and Gujarat Titans on May 29 at Narendra Modi Stadium, Ahmedabad. Both fans of the respective franchises will look forward to seeing their team lift the IPL 2022 trophy.