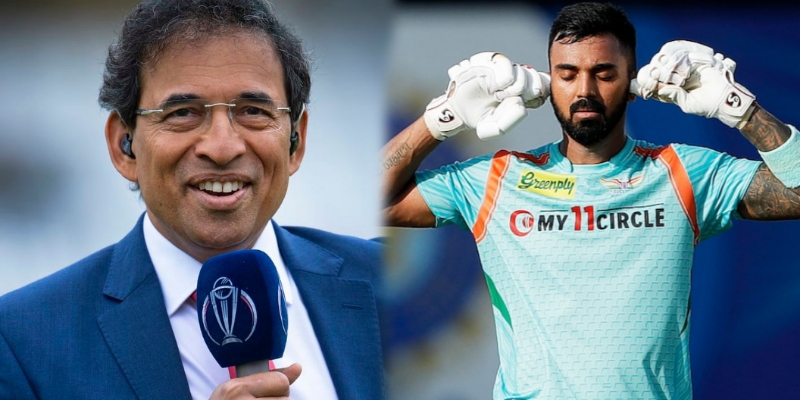 The 15th edition of the Indian Premier League (IPL) 2022 season has come on its concluding end, with one tie left to the determine the winner of the IPL 2022 season.

It will be the Gujarat Titans taking on the Rajasthan Royals in the grand finale of the Indian Premier League (IPL) 2022 season in Ahmedabad’s Motera Stadium on the 29th of May.

The Indian Premier League 2022 season proved quite good for Indian players in particular. While the experienced campaigners flexed their muscles, some new faces emerged through. Meanwhile, Harsha Bhogle has picked an all Indian Playing XI from IPL 2022.

Batting up the order in Harsha Bhogle’s Playing are Lucknow skipper KL Rahul and Rahul Tripathi. Rahul scored 616 runs from 15 matches, that also includes 2 hundred. As for Rahul Tripathi, he scored 413 runs from 14 matches, taking SRH close to playoffs.

The middle-order consists of Rajasthan skipper Sanju Samson, Suryakumar Yadav and Dinesh Karthik. Sanju Samson had a decent contribution with the bat for his team, whereas Dinesh Karthik was a star for RCB, making his return to Indian team after his IPL 2022 performance. Suryakumar Yadav was a bright spot in what was a season to forget for Mumbai.

Hardik Pandya, Gujarat Titans captain, and Ravichandran Ashwin are the two out and out all-rounder in the squad. Hardik had a fairytale season, leading his team to IPL 2022 final in what is his first season as captain. Pandya has scored 453 runs and took 5 wickets so far. As for Ashwin, he played a key role in Rajasthan making it to the final, batting up the order, playing some match winning knock.

The bowling line-up picked Harsha Bhogle consists of Harshal Patel, Mohsin Khan, Jasprit Bumrah and Yuzvendra Chahal. Harshal Patel continued with his form, taking 19 wickets this season, whereas Mohsin is one of those players who impressed in their debut season. Khan picked up 14 wickets from 9 matches.

Meanwhile, Jasprit Bumrah and Yuzvendra Chahal are the veteran of the game. While Bumrah had a below average season, Harsha Bhogle had faith in him. Meanwhile, Chahal has picked up 26 wickets from 16 matches so far, with one match still to go.

“Shane Warne Is Smiling On You” – RCB’s special gesture won hearts after loss in Qualifier 2
“In memory of Shane Warne, Rajasthan go out there” – Shoaib Akhtar wants RR to win the IPL 2022 Final for Late Shane Warne
To Top