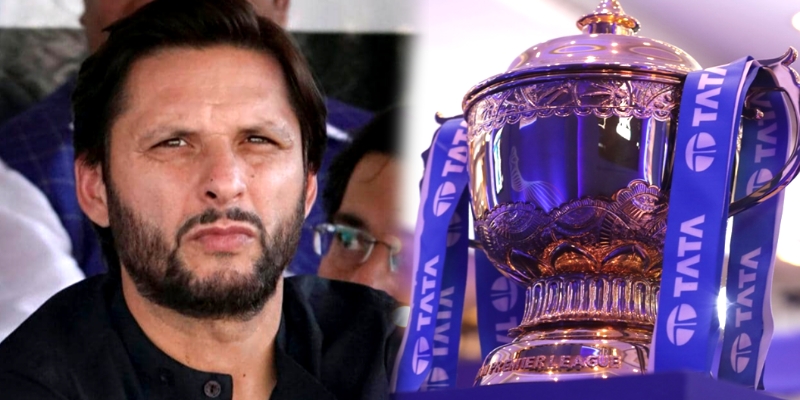 Former Pakistan cricketer and captain Shahid Afridi has reacted to the news of Jay Shah confirming that the length of the Indian Premier League (IPL) will casually in the coming edition after a major success of 2022 edition.

The Indian Premier League (IPL) 2022 turned out a major success for the BCCI, even after adding 2 new team in Lucknow Super Giants and Gujarat Titans, and also increasing the matches in a season.

The Board of Control for Cricket in India (BCCI) is set for even bigger amount in the coming seasons after selling IPL media rights for a huge price in the auction held earlier this month.

After a total valuation of 48,390 crore worth of IPL media rights auction, BCCI secretary Jay Shah confirmed that the IPL will be extended to a 2 month league in the coming years with games increasing slightly.

Speaking on the same, the former Pakistan captain stated that all things are down to market and economy and stated that India is the biggest cricket market, thus, believes that whatever India may say, will happen.

“It all comes down to the market and the economy. The biggest [cricket] market is India. Whatever they will say will happen,” said Afridi while talking to SAAMA TV.

However, he also added that IPL is a great platform for many players, and even for the players who take coaching job in the IPL after their retirement.