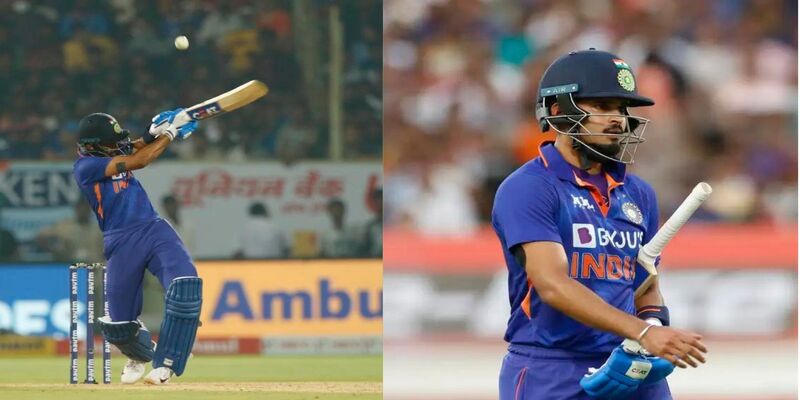 After settling the five-match T20 series against South Africa 2-2, India have moved to their UK tour. They will play two T20Is against Ireland on June 26 and June 28. After that, the Indian Test side will play the fifth and final rescheduled test starting on June 1. Then both teams will play three T20Is and three ODIs.

It’s very clear that the Indian management is looking to use as many players as possible. So that they can find the right combination of 20 players that can get the chance to play in the upcoming T20I World Cup in Australia later this year. The recently concluded series against South Africa was the first step towards it.

Some of the players did a really good job, especially Dinesh Karthik and Hardik Pandya, who made their comebacks. But a few players get exposed for their weaknesses. Shreyas Iyer, who won the “Man of the Series” in the early T20I series against Sri Lanka, was left wondering against the South African pace bowlers.

Iyer, who is in the plan for the upcoming World Cup as a middle-order batter, looked unsettled against the short-pitch deliveries. He registered scores of 36, 40, 14, and 4 in four matches while getting out three times to a pacer. Former Indian cricketer Madan Lal feels that if the 27-year-old can’t find the solution against fast bowlers. So it will be very difficult for him in Australia.

In a media interview with Sports Tak, the former cricketer said that while playing in international cricket, if someone has a weakness, opposition teams will pick them. He said that Iyer has to find a way to sort himself out of this because no one will spare him.

Madan Lal concluded, “Even if he scores a 100, they (Australians) will clap, but they won’t spare you. There is no mercy here. They will keep bowling short to him. With the kind of technology that exists, any team keeps a strong track of the opposition.”

Notably, in the five-match ODI series in Australia in 2020, the Australian pacers worked him out to short-pitch deliveries. Shreyas Iyer registered the scores of 0, 12*, 2, 38, and 19 in five matches. In the recently concluded IPL season as well, the 27-year-old looked uncomfortable against the pacers. He got out to a short-ball thrice this season.