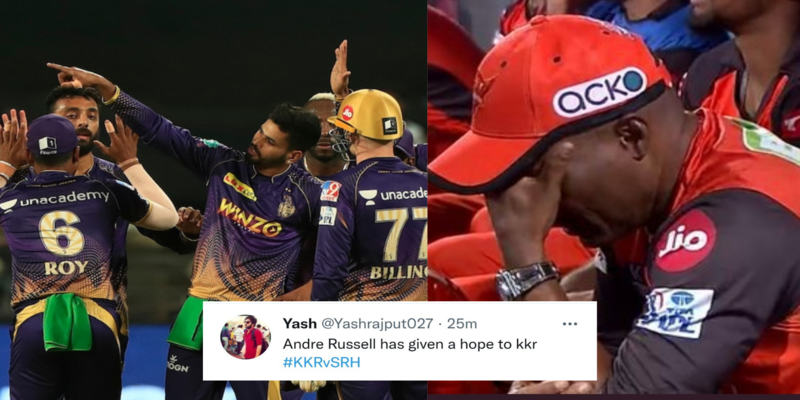 KKR vs SRH: Yet another match and yet another loss for Kane Williamson and Co. The two-time champions, Kolkata Knight Riders, have beaten the 2016 IPL champions, at the Maharashtra Cricket Association, by 54 runs. And with this loss, the chances of qualifying for the SRH have ended, and they are now almost out of the tournament.

It was a complete dominance from Kolkata and they thrashed the Sunrisers in both departments of the game. It all started with the toss. Shreyas Iyer won the toss and went to bat first. It was again a decent start from the top order. However, they lost Venkatesh Iyer (6) cheaply, but Rahane (28) and Nitish Rana (26) added 48 runs for the second wicket. Shreyas Iyer (15) and Rinku Singh (5) got out early. But Sam Billings and Andre Russell added a vital 63 runs for the sixth wicket.

Billings got out after scoring 34 runs. Russell, who came in the last over with a clear mindset of smashing the ball, hit three sixes in the final over. It was a total miscalculation by Williamson that he was left with only Washington Sundar to bowl the final over.

Chasing a target of 178, SRH never looked comfortable and lost the wicket of their skipper early. Only Abhishek Sharma looked in control and played some good shots, but after he got out after scoring 43 runs, it was just a formality for the KKR bowlers. They took wickets at regular intervals.

Only Aiden Markram (34) stayed for a while, but he too got out. In the end, SRH fell short by 54 runs. This defeat has almost ended the tournament for the Orange Army, and for KKR, it has given another hope.