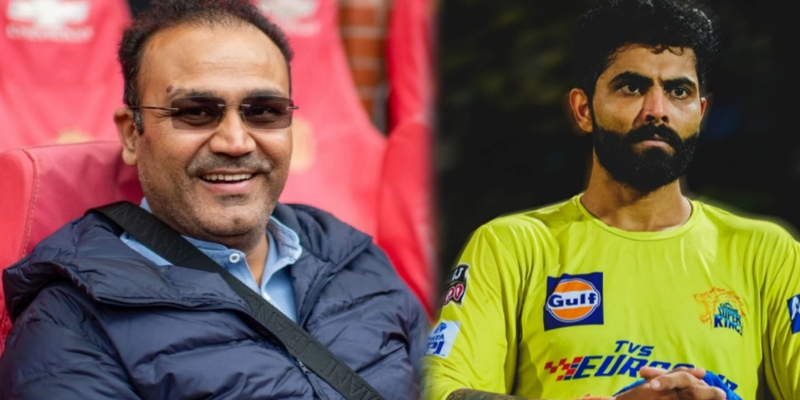 Former Indian explosive batsman Virender Sehwag has given a big reaction to the legendary all-rounder Ravindra Jadeja of Chennai Super Kings (CSK). He has said that ever since Jadeja was out of the CSK team, he is feeling very bad for him.

Chennai Super Kings takes on the Gujarat Titans in their next match of the Indian Premier League (IPL) 2022 season. Jadeja, who was made the captain of the few days before the start of the league, then handed it back to MS Dhoni and now has been ruled out of IPL 2022 due to injury.

While reacting on it, Virender Sehwag during a conversation on Cricbuzz said that he is feeling very bad for this legendary all-rounder. He added that Chennai Super Kings gives opportunities to the players whom they think will be a vital part of the team next season.

“I’ve been feeling bad since Ravindra Jadeja’s exit. CSK will only give new players a chance in their remaining games if they think that they can play a major role next year. But the chances of that are less as I haven’t seen MS Dhoni do that very often,” said the veteran.

Ravindra Jadeja has been ruled out of IPL 2022 due to injury. The all-rounder was made the captain of CSK at the start of the season. Chennai lost six out of eight matches under Jadeja’s leadership.

At the same time, his performance itself was also greatly affected. He dropped many catches while fielding, which is a rare thing for Jadeja, and has disappointed with his performance with the bat and ball.

Jadeja was retained by Chennai Super Kings for 16 crores. This season he played all the matches for the team before getting injured while trying to take a catch in the match against Royal Challengers Bangalore. Due to this injury, he has been now ruled out of the IPL 2022.