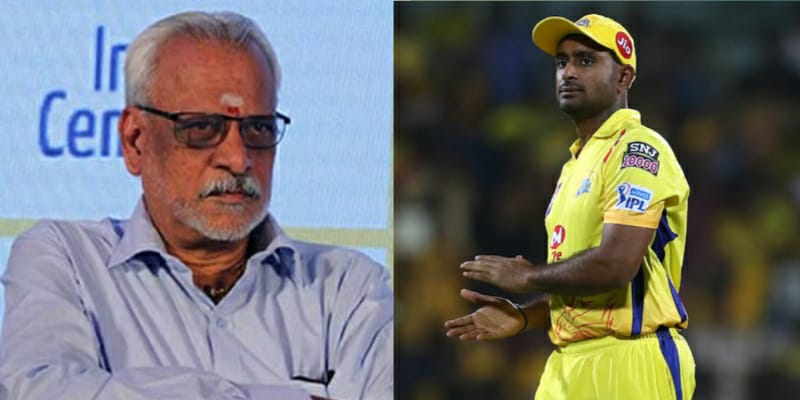 Ambati Rayudu is an Indian International Cricketer who is playing for Chennai Super Kings for the past 4 seasons of IPL. Ambati Rayudu has scored 4187 runs at an strike rate of 127.26.

Rayudu also won the title with Mumbai Indians in 2015 and 2017, despite only appearing five times in the latter season, before joining CSK in 2018. Rayudu established himself as a power-hitter while playing for MS Dhoni’s team. He was a key member of the teams that won the championship in 2018 and 2021.

CSK has had a disappointing season in 2022, losing eight of their twelve matches so far. For the second time in the past 14 year, CSK have not qualified for the playoffs. Rayudu’s numbers have been mediocre, with 271 runs in 10 innings at a 27.10 average and a 124.31 strike rate.

Ambati Rayudu of the Chennai Super Kings took to Twitter on Saturday to announce that the current Indian Premier League (IPL) 2022 season will be his final in the cash-rich league, but he afterwards removed his message.

In that tweet Rayudu said that it will be his last IPL and he said that he had a great time for the past 13 years playing for Chennai Super Kings and Mumbai Indians and soon he decided to delete the tweet.

CSK CEO Kasi Vishwanathan said that Ambati Rayudu might have said that because of his average performance in this ongoing IPL. He is also very much confident that Rayudu will be with them for next season.

He said, “No no he’s not retiring. Maybe he wasn’t happy with his performances and might have put it out. Just a psychological thing, I reckon. He’ll be with us.”

No no he’s not retiring. Maybe he wasn’t happy with his performances and might have put it out. Just a psychological thing, I reckon. He’ll be with us.#IPL2022

Chennai Super Kings will play their penultimate league game against the table toppers Gujarat Titans tomorrow at the Wankhede Stadium. CSK will look to try out some youngsters since they left out from the playoff race.