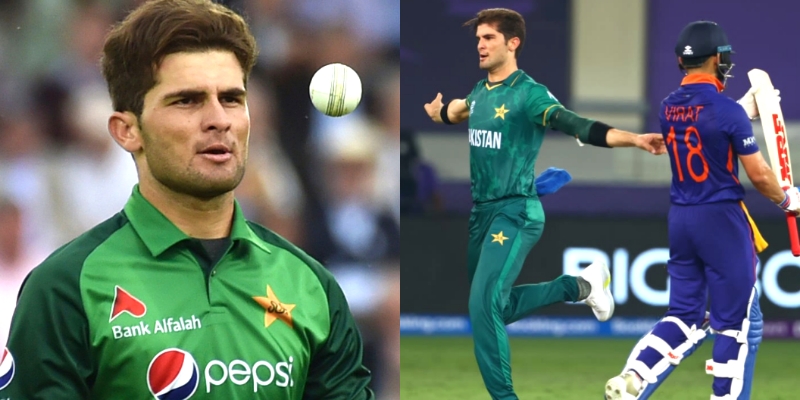 Shaheen Afridi has come out as Pakistan’s one of the top pace bowler of this current generation. Pakistan is known for its production line of fast bowlers and Shaheen Afridi is one of them.

The Pakistan cricket team’s fast bowler Shaheen Shah Afridi spoke candidly about the three batsmen that should be included in his dream hat-trick. Shaheen Afridi took the name of the Indian trio, whom he troubled in the league match of the T20 World Cup 2021.

The left-arm seamer said the Indian batting trio of KL Rahul, Rohit Sharma and Virat Kohli would be the hat-trick of his dreams.

When Shaheen Afridi was asked on ESPNcricinfo as to which players should be included in his dream hat-trick, Shaheen replied, “Rohit Sharma, KL Rahul and Virat Kohli.”

Shaheen Afridi also said that his performance with the ball against the Indian team in the 2021 T20 World Cup was a special one. He also mentioned that Virat Kohli’s wicket in the same competition is the best of his career.

After winning the Best Cricketer of the Year title for 2021, Afridi also said that his most memorable performance was against India in 2021, when he dismissed KL Rahul and Rohit Sharma cheaply and laid the foundation for Pakistan’s victory.

Now India and Pakistan will face in the ICC T20 World Cup 2022. The match will be played in the league phase on 23 October at the world’s second largest cricket stadium i.e. Melbourne Cricket Stadium.

Like every time, this time too this match is going to be very special and high voltage. Shaheen Afridi has played 21 Tests, 28 ODIs and 39 T20 Internationals for his country so far and has picked up 86 wickets, 53 wickets and 45 wickets respectively.