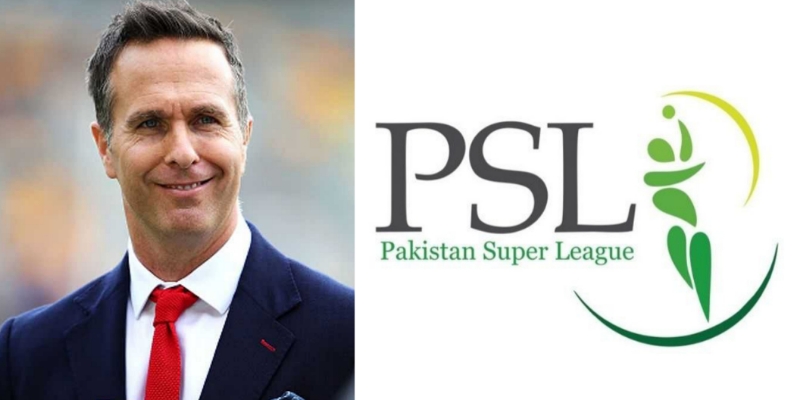 Former England cricketer and the captain of the England cricket team Michael Vaughan was full of praise of the Pakistan Super League in his recent tweet on Wednesday.

Pakistan Super League is Pakistan’s premier T20 league and world’s one of recognised cricket league with the likes of the Indian Premier League and Big Bash League.

Pakistan Super League boasts of some of the greatest cricketers ever to have played in the league. The most recent edition of the league is seeing some new overseas faces through the ranks as well as some domestic talents.

Former England cricketer, who also served as the captain of the team during his playing days, was full of praise for the Pakistani league in his most recent tweet on his official Twitter account.

He said in the tweet that the Pakistan Super League is has fewer games than the other league, which other leagues don’t have and it makes people wanting more.

Michael Vaughan tweeted, “The Pakistan Super league has it spot on … High quality players … Fewer games than other tournaments making it a few weeks shorter … It’s leaves you wanting a little bit more at the end… Other tournaments don’t.”

Pakistan Super League (PSL) was found on the footsteps of the Indian Premier League in the year 2016 to further spearhead the Pakistan cricket team’s performance in the T20I format of the game.

“They have a big role to play in India’s success” – Rohit Sharma names three players who can lead the Indian Team in future
Alex Hales takes u-turn; set for surprise return to play PSL 2022 playoffs
To Top