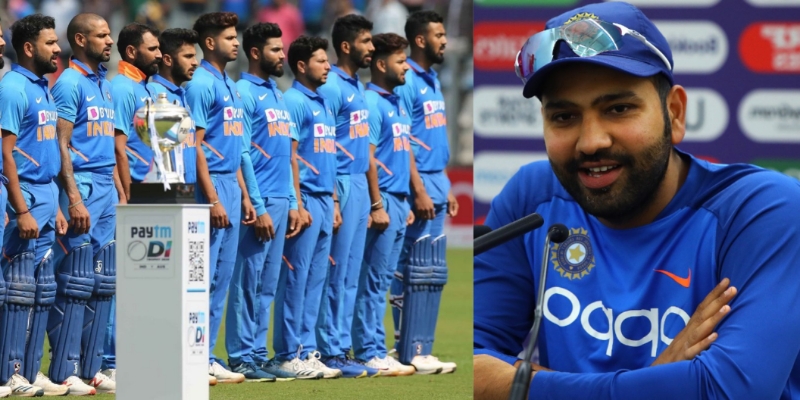 The Indian team has the privilege of having some of the best captains of all time. MS Dhoni was one of the best Indian captains in cricket history. Then came Virat Kohli, who dominated world cricket with his bat and aggressive captaincy for 5–6 years. And now we have entered Rohit’s era of captaincy. And how well he has started his captaincy instinct. The BCCI appointed Rohit Sharma as a white ball captain after the T20I World Cup. Since then, he has captained India in three white-ball series.

India have white-washed their opponents in all three series, which include a three-match T20I series against New Zealand. And recently concluded white-ball series against West Indies. Now India are on their next assignment against Sri Lanka. Rohit led team is preparing the team for the future, especially for the upcoming two World Cups in the next 18 months. However, the management is also focusing on the next generation of leaders in the team, who could lead the team after Rohit Sharma.

The selection committee has already revealed that they are looking to groom a few players under Rohit Sharma to be the next leader of the Indian team. Skipper also spoke in the post-match press conference about the future captain’s role. Skipper said that Bumrah, KL Rahul and Pant have a bigger role to play in the future. He also pointed out the importance of these three players to the team. The captain said that the management is looking for the future captain in them, but they don’t want to push them hard as they are very critical to the team. He said, “Bumrah, KL Rahul and Pant, they have a big role to play in India’s success, they are seen as possible contenders for leadership in future.”

These three superstars are the regular members of the Indian set-up. KL Rahul is a deputy of Rohit in the white-ball, and Bumrah is the test vice-captain. And as seen in some matches, in the absence of these two, Pant has handled the responsibility of the vice-captain.