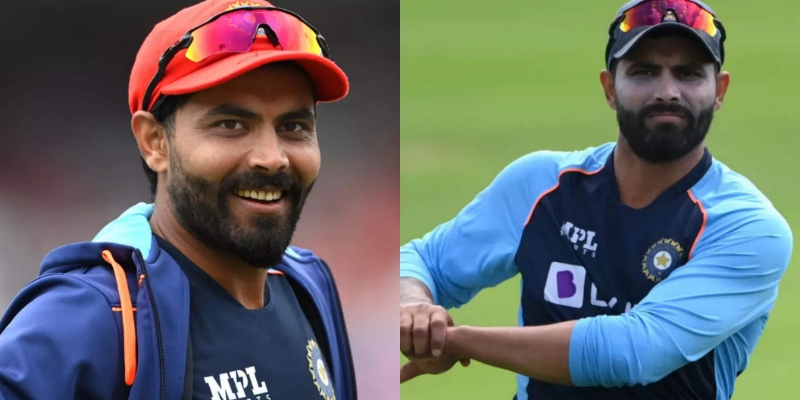 The Indian cricket team is set to take on Sri Lanka in the first of three match T20I series on the 24th fo February in Lucknow, and Indian team’s star all-rounder Ravindra Jadeja is feeling excited to be back in the setup after recovering from injury.

After registering a 3-0 clean sweep series victory in the ODI and T20I against West Indies, Rohit Sharma led Team India will next face off the Sri Lankan team in the upcoming 3 match T20I series, beginning from the 24th of February.

The Indian cricket team is on high on morale after that 3-0 clean sweep over the mighty West Indies team, and would want to carry forward the form from that series to the present series.

However, there is one particular player who wants to regain his position in the team, and that Ravindra Jadeja. Jadeja has been missing from the team ever since the T20 World Cup 2022 due to injury. But he is back for the Sri Lanka series and would want to cement his place in the team during the series.

Ravindra Jadeja sustained a injury during the home Test series against New Zealand in November, after which he had been going through rehabilitation, and is back in the team for the first time ever since then.

In a most recently uploaded video on the BCCI TV, Ravindra Jadeja talked us through his rehabilitation process at the National Cricket Academy (NCA), and how excited he is to be back in the team.

Say Hello to all-rounder @imjadeja and vice-captain @Jaspritbumrah93 as they join #TeamIndia for the Sri Lanka series. 👋 👋@Paytm | #INDvSL pic.twitter.com/gpWG3UESjv

He further added that he was keen to complete his rehab process at the NCA and was eager to meet up with the boys in the Indian cricket team’s camp.

The series against Sri Lanka kicks-off from the 24th of February with the first T20I in Lucknow, followed by the 2nd and the 3rd T20I on the 26th and the 27th February in Dharamshala.

That will be followed by the two Test series in March. Jadeja is also part of the series, which begins with the first Test from the 4th March till the 8th March in Mohali, while the 2nd Test match will be played from the 12th March till 16th March in Bengaluru.

“Kohli is Superhuman, Dhoni has ice running through veins” – Shane Watson compares leadership qualities of former Indian captains
“They have a big role to play in India’s success” – Rohit Sharma names three players who can lead the Indian Team in future
To Top