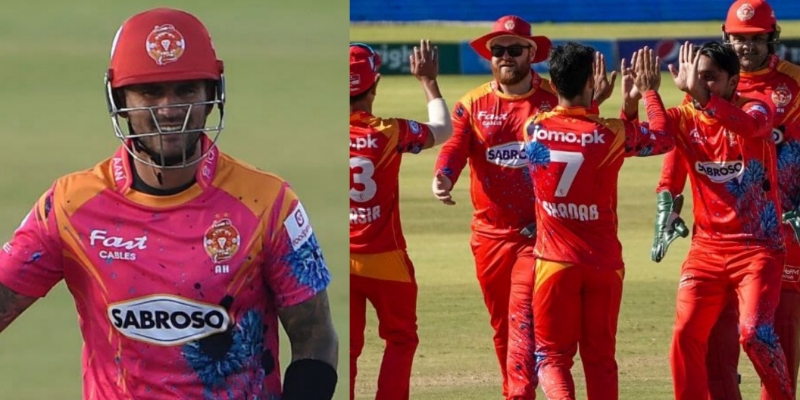 England cricketer Alex Hales has a u-turn from his decision and is set to make a surprise return to play and help his team Islamabad United reach the final of the Pakistan Super League 2022.

The English opening batsman had decided to leave the Islamabad United team citing bubble fatigue as an issue earlier this month.

The Islamabad United team will take on the Peshawar based franchise Peshawar Zalmi in the Eliminator of the Pakistan Super League 2022 on Thursday, 24th February.

Reports states that Alex Hales will be allowed to play from the Eliminator match against Peshawar Zalmi itself after a new amendment was agreed between the Pakistan Cricket Board (PCB) and the 6 franchises of taking part in the PSL 2022.

That means that Hales will not require to go on quarantine mode as part of the new amendment. However, he must test negative upon reaching Pakistan, where he will have to maintain distance from his teammates, will stay in a separate room and will travel via a separate vehicle and not the team bus.

The other rules in the amendment states that if does a player found symptomatic to the COVID-19, the stipulated quarantine time has been reduced to 5 days from the previous 7 days, and will require a negative rapid antigen test to exit the isolation.

Islamabad United have been hit majorly by injury, while some of its players had to leave the team for International duty. Afghanistan’s Rahmanullah Gurbaz and Ireland Paul Stirling are the two players who had to leave due to International duty, whereas alongwith team captain Shadab Khan, 2 other players (Colin Munro, Zeeshan Zameer) has suffered injury.

Islamabad United finished 4th in the league table and as such will be playing the 3rd placed Peshawar Zalmi in the Eliminator, the winner of which will then play against the Qualifier losing team between the Multan Sultans and Lahore Qalanders.