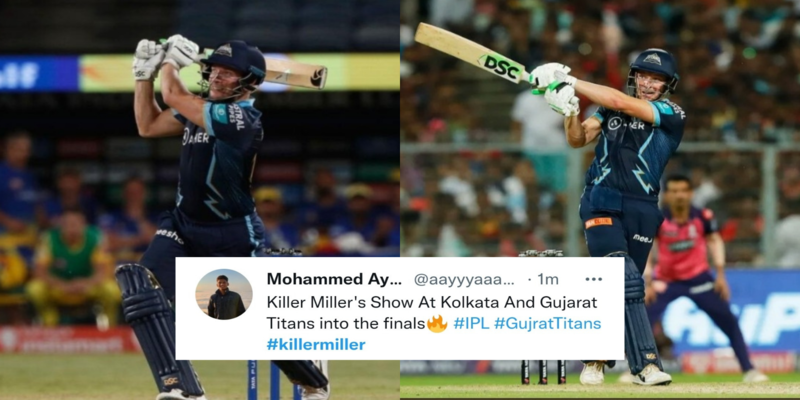 First season and first final for Gujarat Titans. The new franchise led by Hardik Pandya has done some amazing things this season and the latest is that they have qualified for the final of the 15th edition of the Indian Premier League. Gujarat Titans has beaten Rajasthan Royals in the Qualifier 1 to advance to their first ever final in their maiden season.

After winning the toss, GT asked RR to bat first. Even after losing the wicket of Jaiswal, RR continued to maintain a good runrate courtesy of a brilliant cameo from skipper Sanju Samson (47 off 26). Padikkal also had a decent start but couldn’t carry on for a long time.

However, Jos Buttler stood solid on the other side and took the inning forward. The English opener scored his fourth half-century of the season and was looking for another century. But he got out in the last over after scoring 89 off 56 balls. RR posted a good total of 188/6 in their 20 overs.

Chasing the target, GT lost Saha in the very first over. It brought Mathew Wade (35) to the crease. He, along with Shubman Gill (35), added 72 runs for the second wicket. But both lost their wickets in quick succession. But then, David Miller and Hardik Pandya just took the game away from the Rajasthan Royals and added 106 runs for the fourth wicket.

Both batsmen toyed with the RR bowlers and sealed the deal for GT. It was David Miller who took the charge and hit bowlers in all parts of the ground. In the end, needing 16 off the last over, he smashed Prasidh Krishna for three consecutive sixes to win the game. The left-hander played a brilliant unbeaten knock of 68 off 38 balls, including three boundaries and five sixes. Fans also enjoyed the knock from Miller and praised him on Twitter.

Wow Killer Miller 3 consecutive sixes in the last over to take GT to the finals 🔥🔥 #RRvsGT #killermiller pic.twitter.com/3zd0J4ZTra