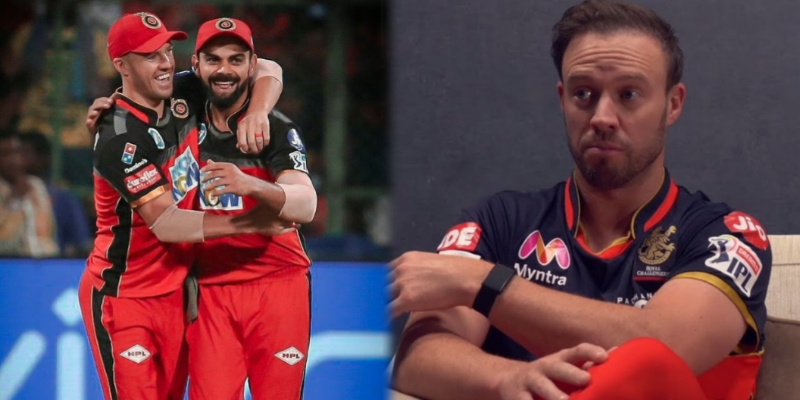 One of the most explosive batsman of the modern generation, AB de Villiers has confirmed his return to the RCB squad for the Indian Premier League (IPL) 2023 season. AB de Villiers has been associated with the Royal Challengers Bangalore (RCB) franchise since 2011 and he has won many matches on his own along with Virat Kohli.

However, de Villiers retired from international cricket in the year 2018. Although he played 3 more years after that for the Royal Challengers Bangalore, but, in 2021 he distanced himself from all formats.

After his decision, all the fans became very sad. Although everyone knew that such a thing would happen one day or the other. In a recent interview, Kohli has hinted that close friend de Villiers will join the team the next season in some capacity. In a video posted by RCB, Kohli said, “Have I just revealed the secret?”

De Villiers said after Virat Kohli’s statement that he will definitely be a part of the franchise next year, however, it is not yet confirmed what his role will be. If de Villiers is to be believed, the fans of the team have always supported the team and they have also speculated that the next season, they will be playing all of their home matches in Bangalore itself.

“I am glad that Virat’s confirmed it, to be honest, we haven’t decided anything on it yet but I will be around the IPL next year, I am missing it, don’t know in which capacity yet,” said the man known as Mr 360 by his love ones, the fans.

As for RCB, they have entered the eliminator of the Indian Premier League (IPL) 2022 after Mumbai Indians registered a thrilling win over Delhi Capitals, that paved the way for the Faf led side. They will take on the Lucknow Super Giants in the eliminator to be on 25th May in Kolkata.